CS: GO organizations are fooling around with each other on social media again. NIP turned into a fan club of Team Liquid.

It’s very common for Counter-Strike: Global Offensive organizations to goof around on social media. This often generates a lot of funny situations, as evidenced by the recent history of the “NIPCS” profile on Twitter.

The community saw the moment when it completely rebranded and for a moment became “Team Liquid’s fan club”.

Total rebranding of the Ninjas in Pajamas profile

As you can see in the screenshot below – Ninjas in Pajamas profile has undergone a total rebranding. It was probably related to the fact that the American organization won with the Swedish one during the ESL Pro League competition. Therefore, someone decided to refer to this match and make a joke like that by adding an “Overtime” entry. 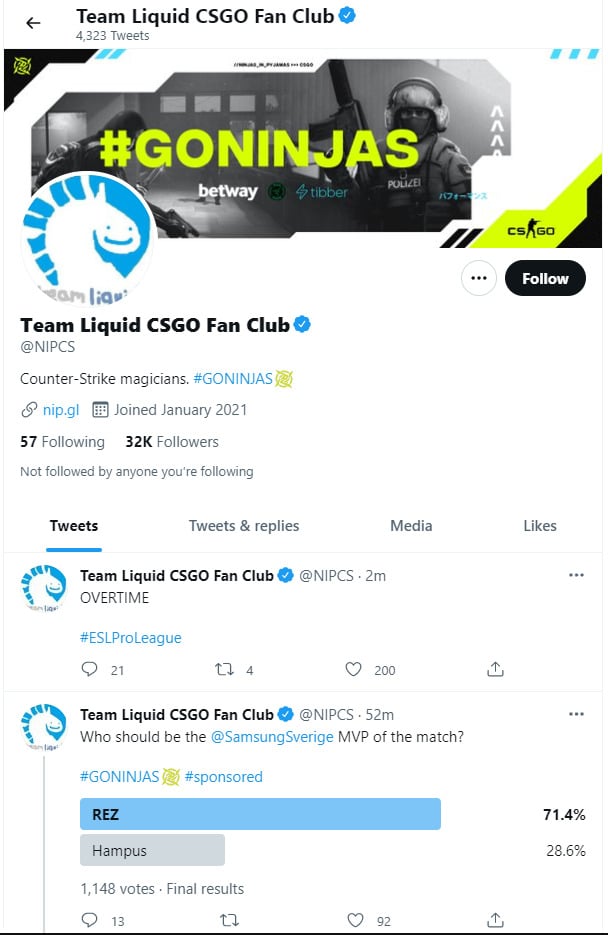 The changes took place for a short period of time and have already been reversed. Either way, the whole thing was pretty fun and it definitely got the attention of the community. On Reddit, the entry about the entire incident is one of the most popular in recent times.