CadiaN’s clutch quickly spread over the CS:GO community. Will he get his own graffiti from Valve?

In Counter-Strike: Global Offensive we can find graffiti on the walls of various maps commemorating the players and their amazing plays. There is s1mple on Cache or coldzera on Mirage. It is very likely that CadiaN will get his own graffiti as well, as his action was really impressive and circled the Counter-Strike community.

READ MORE
What is the best age to play CS:GO? IGL’s successes depend on the age?

ESL wants cadiaN to have his own graffiti

The ESL League posted “do it CSGO” on social media and posted a screenshot of the map with the proposed cadiaN graffiti.  As everyone raves about the player’s action, the request makes sense. Although the graffiti doesn’t look the most serious and is hard to imagine on Mirage. 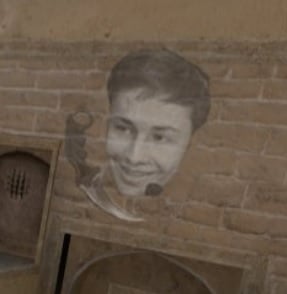 It is difficult to say whether the developers will decide to honor CadiaN and commemorate his play. So far, such graffiti is primarily owned by the best and even legendary players who have reached the top of CSGO in the past.