CDPR has published an official report showing the proportions of employees distributed across different projects.

It’s no secret that CDPR is working on a DLC for Cyberpunk 2077. It may be surprising, however, how the studio staff is distributed between each project. It is now known that 160 people were assigned to the first expansion.

Whether it is a lot or a little, it perfectly shows the official chart of the studio. It turns out that a large part of the studio is still busy improving the current version of the game and adapting it to new generation consoles.

How many people are working on the DLC and how many on the base game?

It is difficult to say exactly, because the chart does not contain any percentages, but according to the calculations “by eye” similar information appears everywhere: 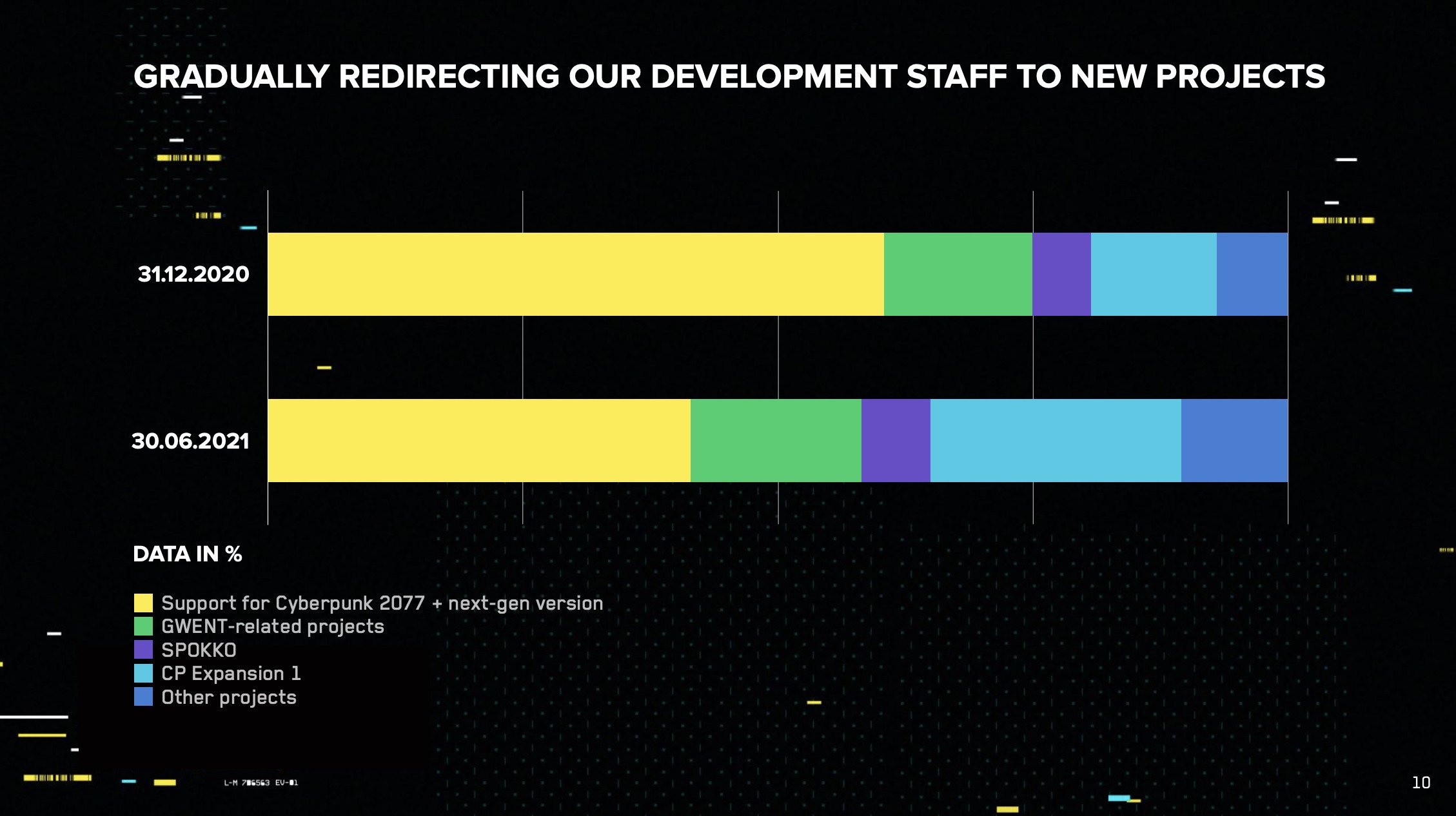 What is the conclusion? Cyberpunk is definitely a priority. Players can be pleased that several hundred people are still actively working to bring Cyberpunk to the right place. It’s hard to say how long it will take and when the game will finally be considered finished… or at least free of the worst mistakes.

This does not mean, of course, that Cyberpunk 2077 is a production that cannot be completed. The city still makes a great impression, and the attention to detail can surprise. However, it is not possible to enjoy all of this when the game simply turns off every 5 minutes.