BTS, one of the most popular bands in the world, starts cooperation with McDonald’s.

BTS, aka Bangtan Sonyeondan or Beyond the Scene, is a South Korean boysband that has been conquering the world with its music for several years. Seven men are famous mainly for their moving lyrics or UNICEF’s Love Myself campaign. The fact that, although each has a completely different character, they can still conquer the hearts of more than one person.

Until now, you could hear about many global collaborations that the team undertook. They mainly concerned clothing brands such as Puma and Fila, but there were also other collaborations, such as with Samsung. In addition, the team recently broadened their horizons of cooperation and officially announced their new models of Kloud Beer, a drink from Lotte Chilsung.

As if that were not enough, now it turns out that BTS has started their cooperation with one of the largest chains of fast food – McDonald’s. What is known about this?

Yesterday, the official McDonald’s Twitter account informed all its fans that the set will soon be in the bars in cooperation with the most popular band in the world.

“Coming this May: The BTS Meal” 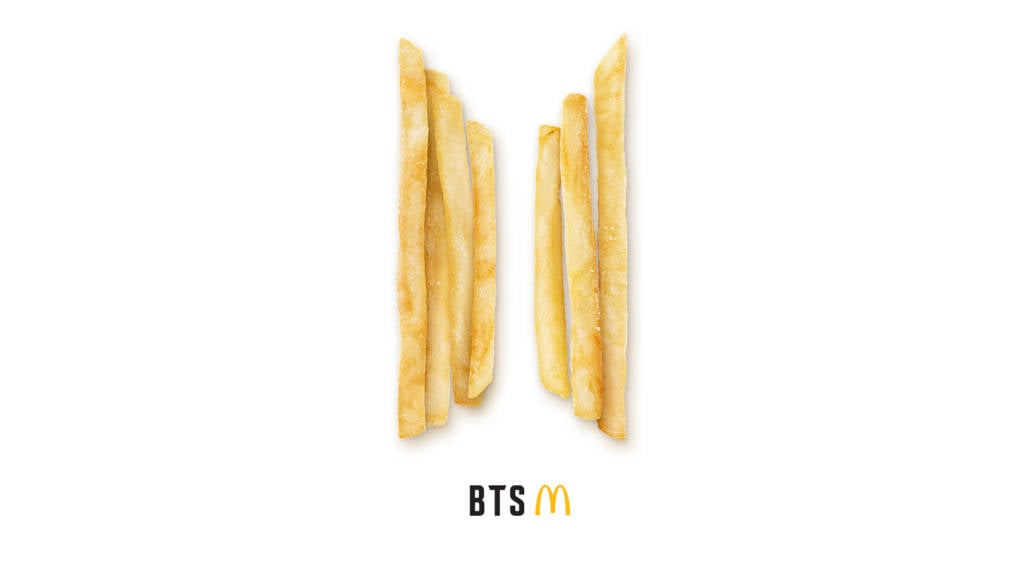 In addition, the company decided to share a video promoting this cooperation on Twitter. Those who know BTS will surely easily recognize by whom the characteristic McDonald’s music is sung this time.

The official account of the bar has made a list of countries in which the offer is to apply. Interestingly, the K-pop community noticed that the list includes such small countries as Estonia or Latvia, and there are no giants such as Great Britain, France, or Germany.

It is very possible that the brand will decide to enrich the list not only with the larger countries. However, this information should not be treated as official. 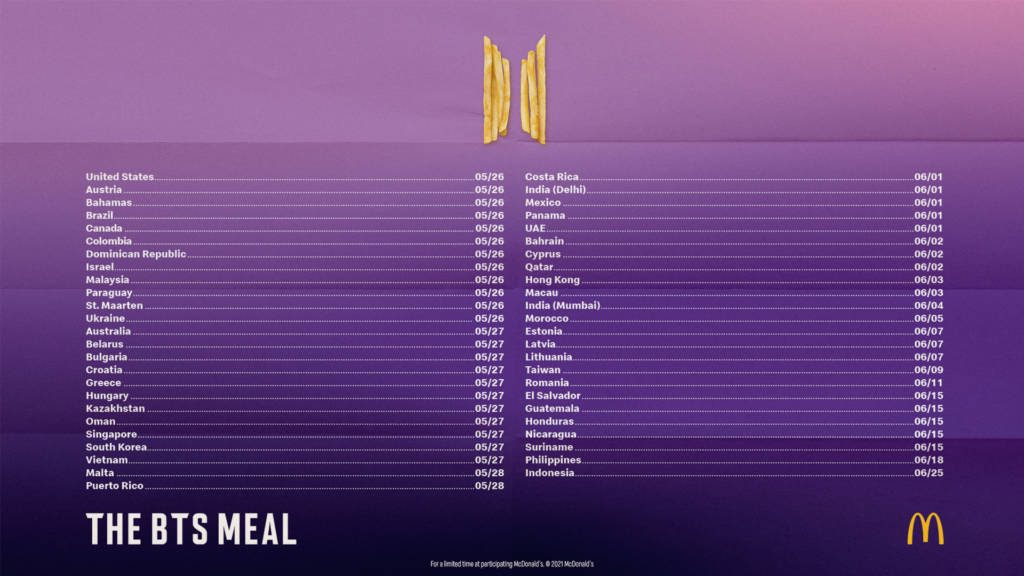 Additionally, there will be two sauces: Sweet Chilli and Cajun, inspired by popular recipes from South Korean McDonald’s restaurants.

It is not known whether the set will include any BTS-related add-ons or how the set will look visually. We still have to wait for more information, but one thing is certain – the entire cooperation between BTS and McDonald’s will certainly pay off for everyone because it is a huge advertisement for both parties.