There have been no weird bans for a long time, so it’s time to catch up.

DisguisedToast is a popular streamer who decided to move his streams to Facebook some time ago. He had 1.8 million followers on Twitch, and he still decided to be on Facebook Gaming.

However, that doesn’t mean it doesn’t show up completely on Twitch. His broadcasts are mostly chats with viewers, and while he is no longer a dedicated TTV streamer, he is still watched by a lot of people. 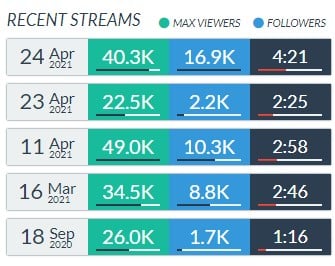 READ MORE
How does Pokimane try to trick Epic to get a Fortnite skin? Is this a skin teaser?

The streamer confirmed that his channel was banned for no specific reason. Suspicions fell for a moment on the broadcast, during which the insulting words were uttered.

DisguisedToast watched his old clips and it was probably because of them that he was temporarily banned. 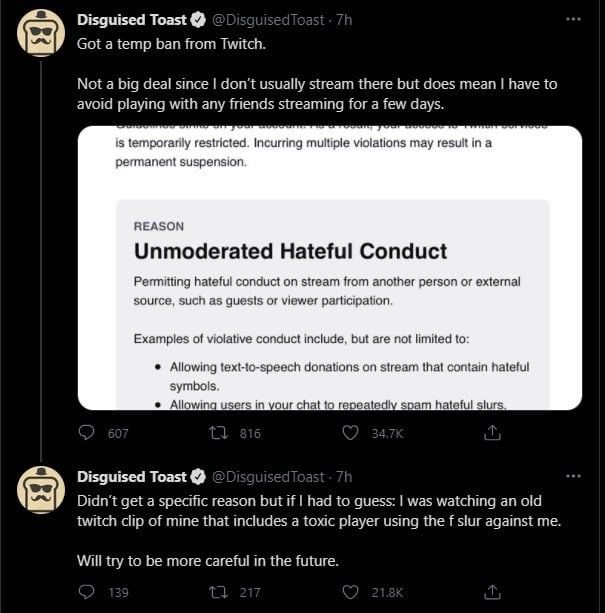 The likely clip for which the streamer was banned is provided below. Offensive words are spoken there.

It is speculated silently that perhaps the ban was imposed due to bad intentions. TTV is not very accommodating to people who stream from direct competitors. However, these are only viewers’ guesses that have not been supported by any evidence.