The absurdity that people want to watch. Why? Good question.

It seemed that nothing “better” than swimming pools would appear on Twitch anymore. And yet. Streamers, who used to mostly do banana swimming, now are occupied by ASMR in tight leggings.

We wrote about the fact that this is clearly a new meta and in fact, more and more girls are choosing ASMR, setting quite unusual “goals” at the same time.

Farting into the microphone

A few months ago we wrote that one of the streamers was banned for something similar. The only difference was that she made her sounds through her vagina. Yes, we’re still on the Twitch topic. 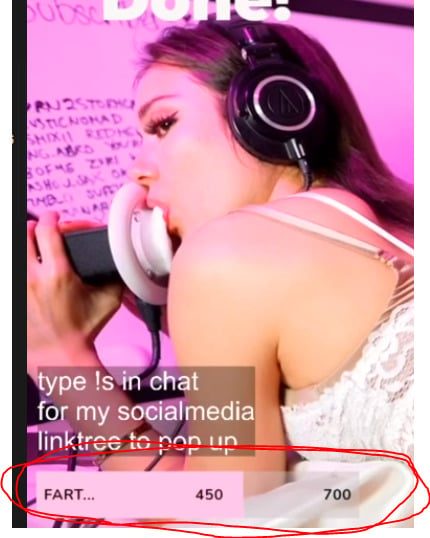 Now it comes back, in a slightly different form. You probably know Indiefoxx – a streamer who was one of the first to change into a bikini and jump into swimming pools. Now her streams look like this:

The subscription goal was to fart into the microphone. If for some reason you are tempted to watch this exact moment, then go ahead (the original has been removed along with the VOD):

Welcome to Twitch in 2021. It’s weirder than ever, as Twitch continues to fall victim to its own rules and policies. Suffice it to say that years ago, nearly every streamer who appeared in a bikini was banned. Today… It is what it is.