Phantoml0rd sued Twitch and won, now publicly offering his help to another streamer.

If you don’t know anything, Phantoml0rd was banned years ago by Twitch for supposedly running a gambling site. The streamer did not agree with the platform’s decision and decided to sue it.

A sentence was passed a few months ago in this case. The streamer won it, although it is difficult to say if he is completely satisfied. His account still remains banned and TTV was fined $ 20,000 + trial costs. 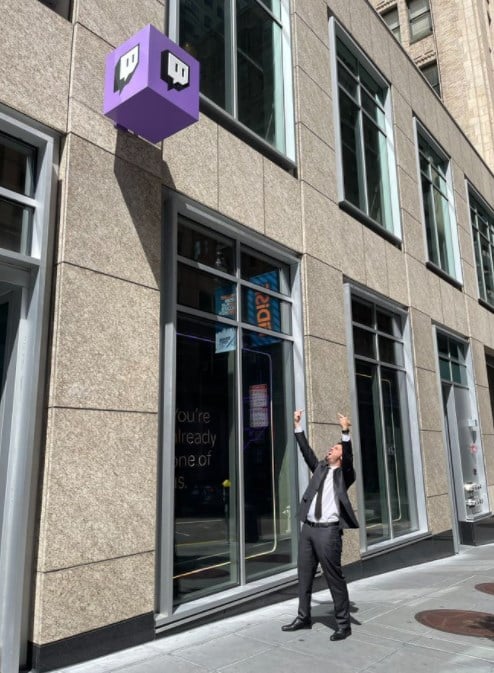 The Phantoml0rd case took several years, so he knows Twitch very well and knows how the platform can behave. On the streamer’s official account, there was an offer of help addressed to DrDisrespect – let us remind you that he supposedly already knows the reason for his ban and officially announced that he is suing TTV. 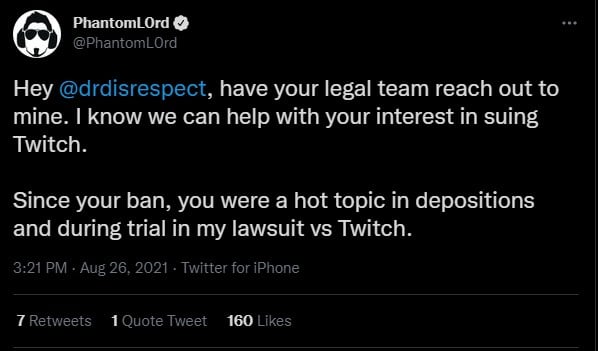 It’s hard to say what will come out of it. Certainly, Phantoml0rd announced that he would continue to help banned streamers. In this case, however, it is completely unknown why DrDisrespect was suspended. It is unofficial that it happened because he tried to scare Twitch by going to Mixer, but these are just unconfirmed rumors.

The biggest problem seems to be the ban itself. So what if streamers will win in court when they only get a small percentage of the money they could earn just by streaming. Additionally, even after the trial, their accounts will remain banned.

DrDisrespect has already said that on YouTube, even taking into account all the better and worse collaborations, earns about 1/4 less than by simply streaming on Twitch. Smaller reach, lower advertising potential, and finally fewer people who are ready to send donates or buy paid badges.