Statistics reveal how much and which women are most watched on the most popular streaming platforms.

Twitch and YouTube are the two main live streaming platforms. Surely everyone will agree with the statement that streamers such as Valkyrae or Pokimane have definitely reached a higher level of streaming.

However, it turns out that they are surrounded by the overwhelming majority of streaming men, and it’s really hard to find other significant female-streamers. According to a report from Q1 2021, among the 100 most viewed streamers, only two were not men – Poki and Hafu.

Admittedly, the “streaming queens” are doing quite well, but they are far from the top on the list of the most popular streamers. The reason for this is Twitch’s demographics, because according to one report – 65% of the platform’s users are men.

The streaming time is certainly also a factor, as the world’s most popular streamer, xQc, streamed for 1805 hours, while Pokimane only for 584. 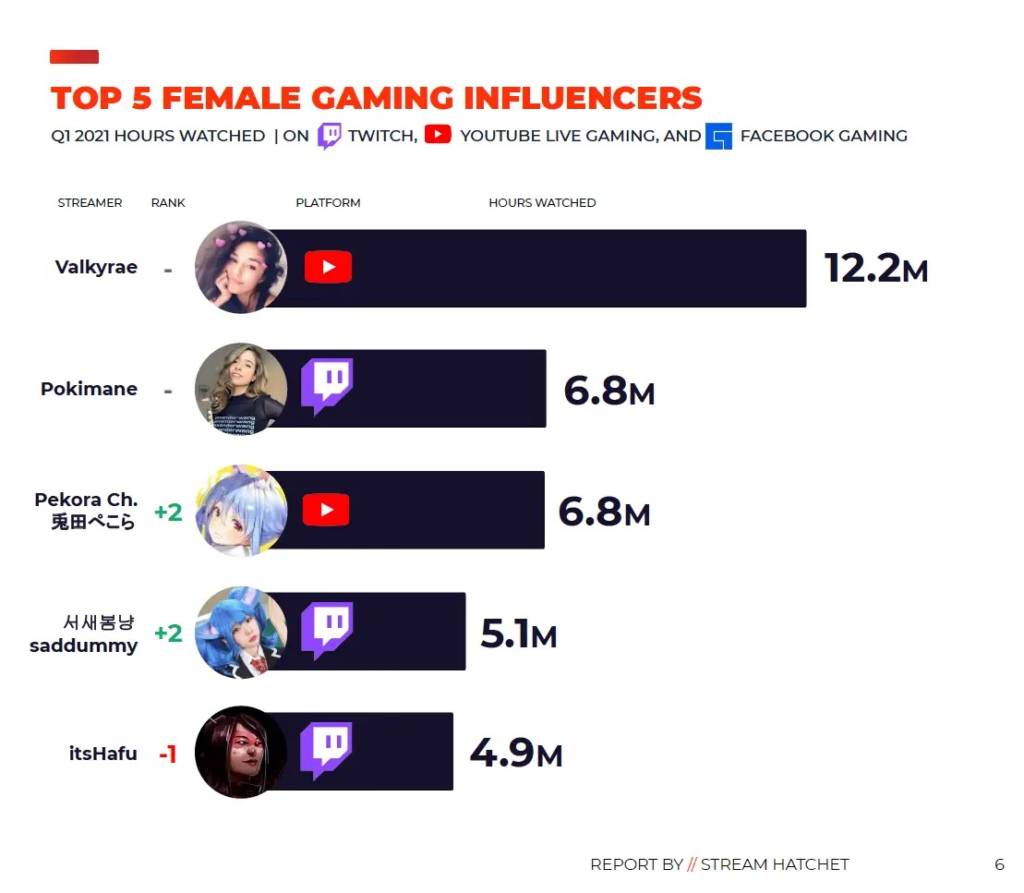 It should be admitted that compared to men, women look rather faint. It is difficult to say exactly what is causing this, but it seems men are better able to get to the viewers of the platforms. However, this is not surprising when looking at the aforementioned user demographics.