One of the popular streamers has recently been banned for 3 days, and has launched a stream on a different platform.

Indiefoxx became famous primarily for her streams from the pool. She herself said openly that she wanted to take advantage of the “pool meta”. She ended up getting 4 bans in just 2021.

Interestingly, the last of them was awarded not for painting nicknames on her body, but for selling VIP statuses on Twitch in exchange for Bits. The streamer quickly realized that it was a good opportunity to change the platform.

A lot has been recently said about a rapper who opened her account on OnlyFans, breaking the absolute record of one million dollars earned in just 6 hours. Interestingly, however, she does not have a single provocative photo on her account. It’s just shots in a bra or swimsuit. 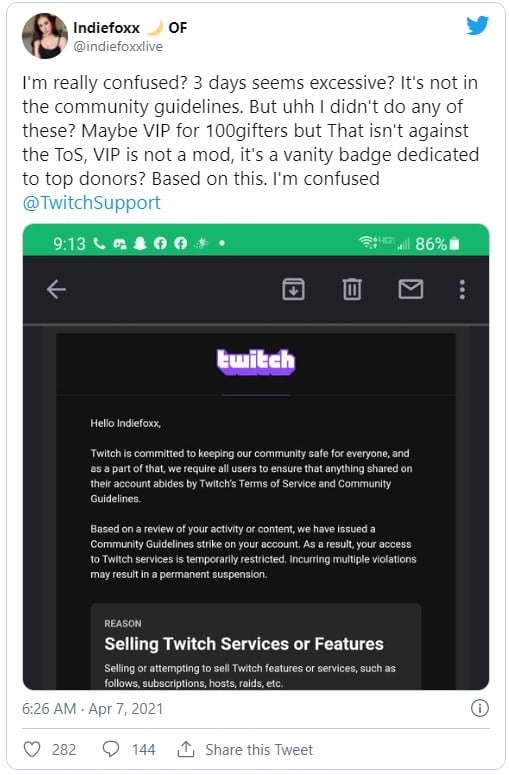 OnlyFans is slowly becoming paid Instagram, on which benefits streamers banned on Twitch. After getting banned, Indiefoxx informed that it was on this platform that she would organize live streams with everything that is forbidden on TTV. 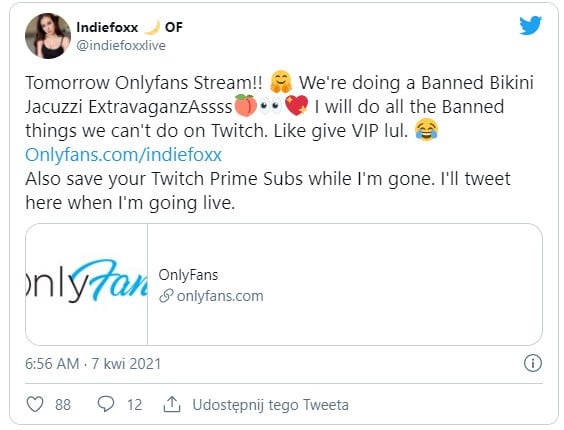 At the same time, Indiefoxx, for some reason, decided to part with her jacuzzi, so perhaps some major change of the entire content is being prepared. 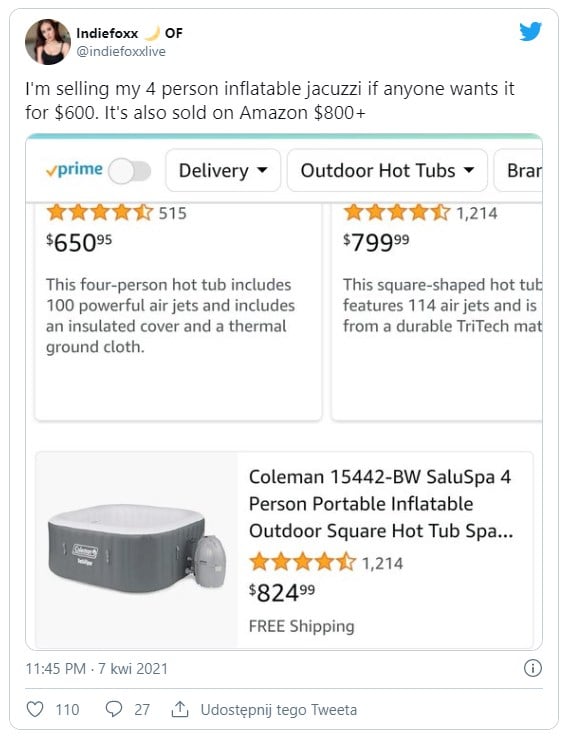 The only question is how Twitch will approach this. The streamer is the platform’s partner, and this requires, among other things, exclusive streaming on TTV.