Something that could very well be an April Fools joke is true.

The day has come. Jeff Kaplan leaves Blizzard after 19 years. What does this mean for Overwatch? A huge loss, especially in terms of image. Just minutes after this announcement, there is a very hectic discussion about Blizzard and Activision.

It is known that Kaplan was always for the players, stopping the aggressive monetization of Overwatch. To what extent were the players’ guesses, how much demonization of Activision – we will find out in the coming months.

On the official Overwatch blog, one of the saddest information about Blizzard has appeared in recent months. After many years, Jeff Kaplan, definitely one of the most important characters for Overwatch and WoW players, leaves the studio.

His goodbye message is short. Blizzard first reassures that Overwatch 2 development is proceeding as planned, a new person has been introduced to lead the Overwatch team. But there have been a lot of questions. What happened that Jeff Kaplan leaves Blizzard before the release of the second installment? Below is a message from the person who will lead “Team OW” now. 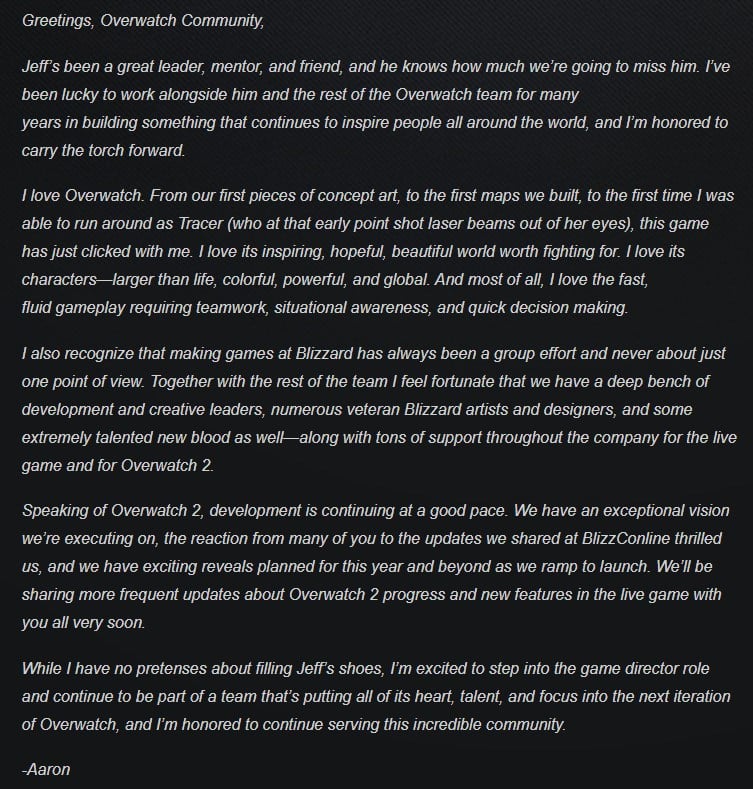 Now Jeff should come over to Epic, then the April Fools joke scenario would complete itself. So far, it is not known what he will do next. He did not share any plans.