Have you been wondering recently what is the most popular LoL clip on Twitch in the last month?

It would seem that it could be some kind of play from the LEC or other tournaments – and you wouldn’t even be close. There has been a lot of talks lately about Twitch, the rules that govern it, the streams from the pool, and the efforts to fight it.

These kinds of streams are being talked about widely. LoL players. to emphasize the current situation, just check out the pool streams during the breaks.

As a result, the most popular clip of the month on Twitch in the LoL category is not a great play at all. It is the shot that, on “livestreamfails” was called “Korean streamer finds a clip of interest”. This video has over 200,000 views:

The topic became so big that it became popular to add your links to the list and pass it on. LoL streamers, during breaks from playing, set up specific screens with streamers, which was obviously started by the Korean.

These two shots have 214 and 188 thousand views, respectively. Tyler1 is next and then good LoL plays.

As for the list that is being created, it’s constantly evolving. Most of the links are removed due to their immediate popularity. 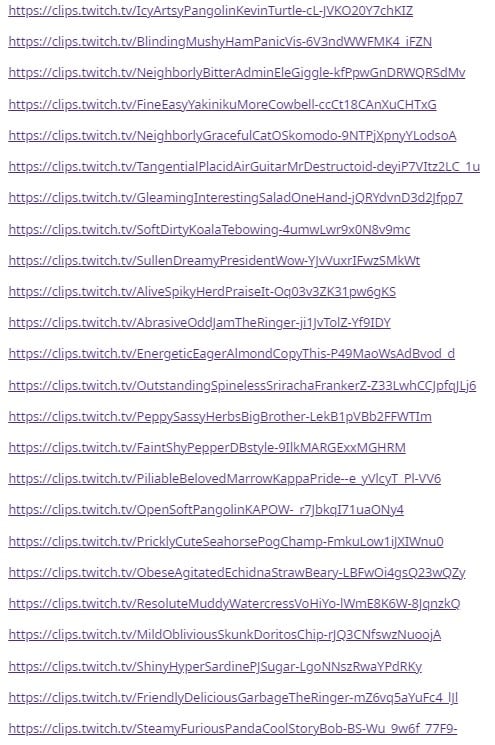 Whether it’s fun or devastating for Twitch, it depends on how someone is looking at this platform from. The situation, however, is quite unusual, and the discussions about the TTV rules, the rules of putting on underwear, and many other controversies are only gaining momentum.