Riot has added a new easter egg to Valorant, which alluded to one of the moments on the stream.

Anna Donlon made no secret of the fact that she likes watching Sykkuno and other creators who simply spend time together well. Therefore, it is not surprising that in one of the new cosmetics, Riot referred to the moment that took place on the Sykkuno stream. 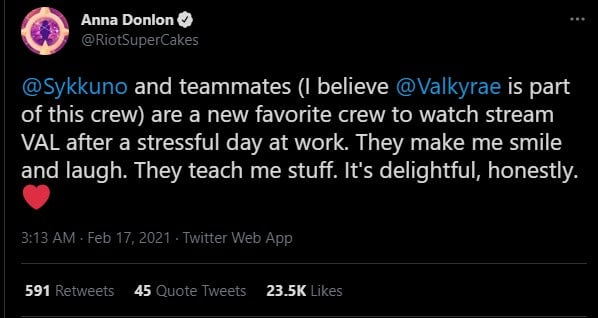 It is specifically about confusing an animal.

READ MORE
Presentation of the Battle Pass for Act 3, episode 2 of Valorant – Skins and other cosmetic items

The mistake found its way to Valorant

Riot loves all kinds of Easter eggs, one of the new graffiti directly refers to the confusion of a platypus with a lobster, which happened on a stream of one of the popular creators. The developers themselves admitted that since then it was their internal joke that they decided to use in the game.

Is the shape a lobster? We kinda think that it may be a platypus, though not sure honestly. 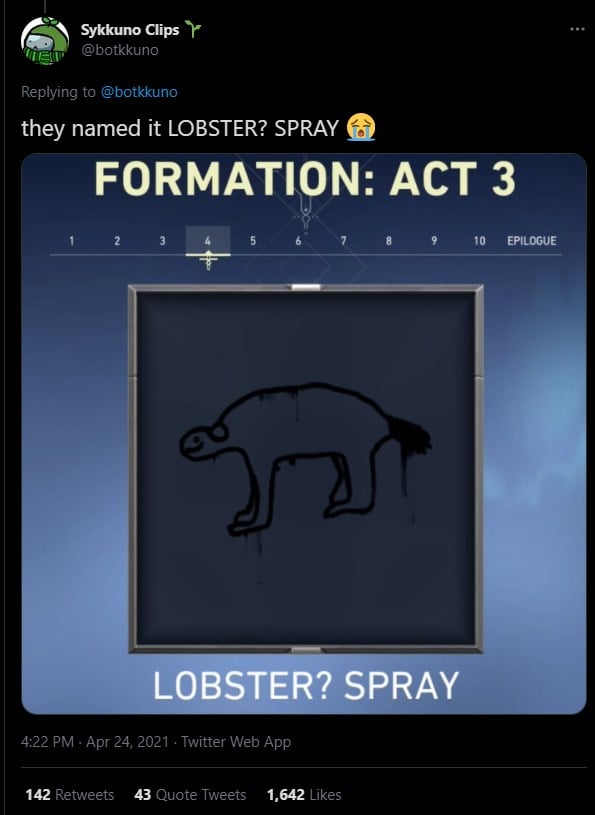