One of the TikTokers gained a lot of fame after she got stuck in a chair and had to be rescued with specialized equipment.

On TikTok, you can become popular literally overnight. This is exactly what happened to the TikToker “Sydney Jo”. So far, she has had tens of thousands of views on its recordings.

In one video, however, the views soared up. Now the counter has stopped at 7 million, and that’s probably not the end yet. All because the woman got stuck in the chair.

All this action is surprising

Sydney initially tried to get out on her own. For several dozen minutes, she used many different ways to free herself. But nothing worked. So she called for help and recorded the whole thing:

People began to ask massively why she “entered” this chair at all. The answer may surprise you. TikToker explains that she has been working in the 18+ industry for many years, specializing in “stuck-in-place” fetishes. It was supposed to be her next project.

TikTok is a really surprising place, especially in these types of situations. Suddenly the whole world found out about a woman who had had a rather unusual job for several years. All this is thanks to the chair. 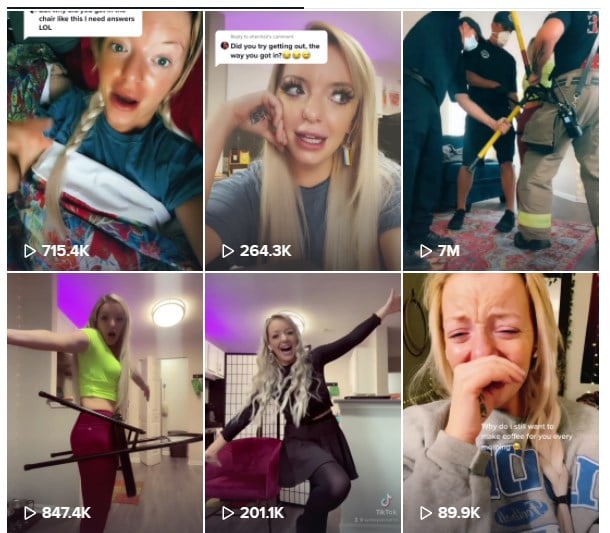 Her latest recordings are incredibly popular and it’s hardly surprising. Sydney has become really loud, and this is probably not the end of the story – in some time, a similar “slip-up” will probably happen again.