There are some really unusual “fans” in the world of Youtube and Twitch.

Gawr Gura is currently the most popular streamer from the group of virtual streamers and streamers who are referred to as “VTubers”. It is about people using animated character models.

The streamer has collected over 3 million subscriptions on YouTube. Her transmissions, for example from Minecraft, are watched by hundreds of thousands of people. Average VOD views range from 500 to nearly 800 thousand views. 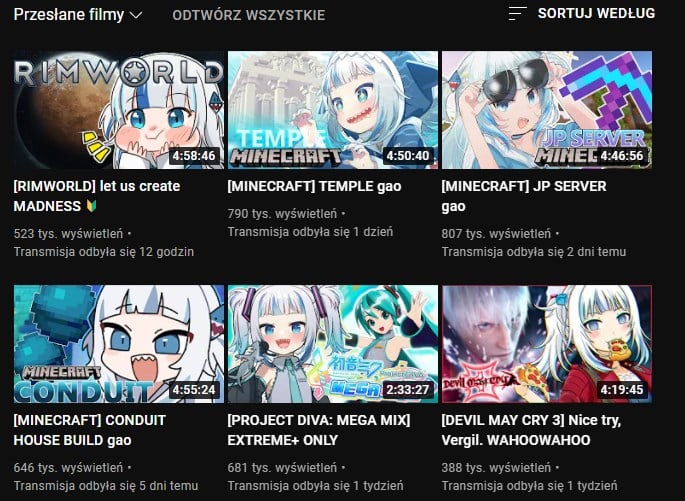 Such popularity brings with it quite unexpected results in the form of, among others, unusual fans.

47 minute clip compilation where the streamer talks about feet

One of the streamer fans said that it would be a good idea to stick together all the possible moments where Gawr Gura says anything about feet, even in terms of the unit of measurement. 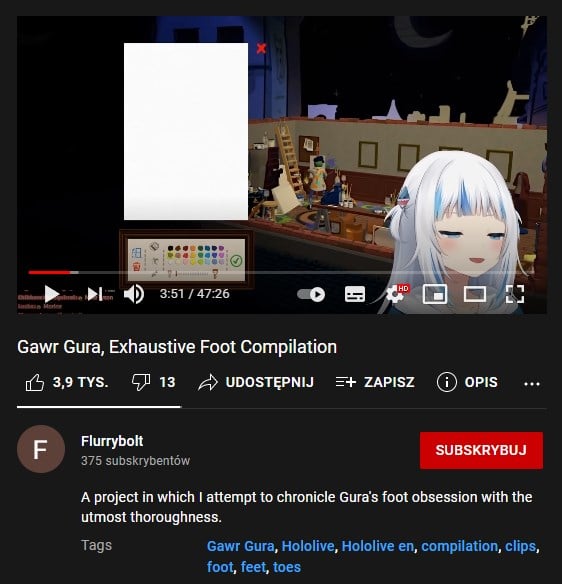 During one of the streams, the viewer sent the video to the streamer, writing:

A few months ago you mentioned adding your foot memories to your archive. I took it personally. After many hours, I have collected 47 minutes when you talk about feet. Thank you for the memories and laughs.

Gawr Gura was in disbelief until she started this video. In the beginning, she asked why and if the viewer was okay. Then she watched the video for 47 minutes.

It is hard to find any meaningful element in this story. This is one of the many weird actions that happen around popular people.