The streamer, known primarily for playing Call of Duty, has decided to change direction.

ExoHydraX was known from Call of Duty, but like many other girls she was tempted by streams from the pool. Interestingly, however, it was quickly banned. According to the message she got from Twitch, it was about suggestive behavior.

The streamer completely disagrees with this and writes that she thinks it’s racism.

Ban on Twitch for skin color?

Accusations of racism appeared on the streamer’s Twitter. Unfortunately, the entries are already removed, but their content is still available in several places – the largest media wrote about it

As we read, ExoHydraX did the same as streamers with white skin color. Despite this, she was banned. Why have these entries disappeared? Despite the blocked channel, people managed to make a few clips of what these broadcasts looked like.

This is just one of them, but it shows well that the stream was mainly about showing the body and causing controversy. 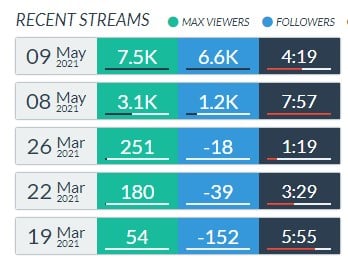 The fact that the pool streams work is confirmed by the numbers alone. From 2019, the streamer had 200-500 people on her broadcasts to exceed the barrier of 7,000 viewers in a few days.