Just Chatting is by far the most popular category when it comes to Twitch.

Just Chatting took over Twitch many years ago. Mainly because, in addition to streamers in the pools, there are also people chatting with their chat, reacting to movies, or having a meal.

This category is so popular that no one has managed to beat it for many months, at least for this week. In the end, however, it worked. And it’s not because of some new game, but GTA 5.

Why is GTA more popular?

All this thanks to special RP servers (Role Play), more specifically in this case the third edition of NoPixel. Streaming is where really popular people are involved, including Pokimane, Sykkuno, xQc, and Summit1g. No wonder the Conversations were finally defeated. In the first week of May GTA is ahead of Just Chatting.

Of course, this is only a temporary trend that is unlikely to last very long. However, this view can still be enjoyed by all who believe that Twitch should focus primarily on games, and not “conversations”, which boil down to streams from pools.

Interestingly, just last year, Fortnite was usually in first and League of Legends in second place. Unfortunately, the production of Epic lost a lot, which resulted in its 4th place. As the charts show, Fortnite saw the biggest drop at the start of the second chapter. 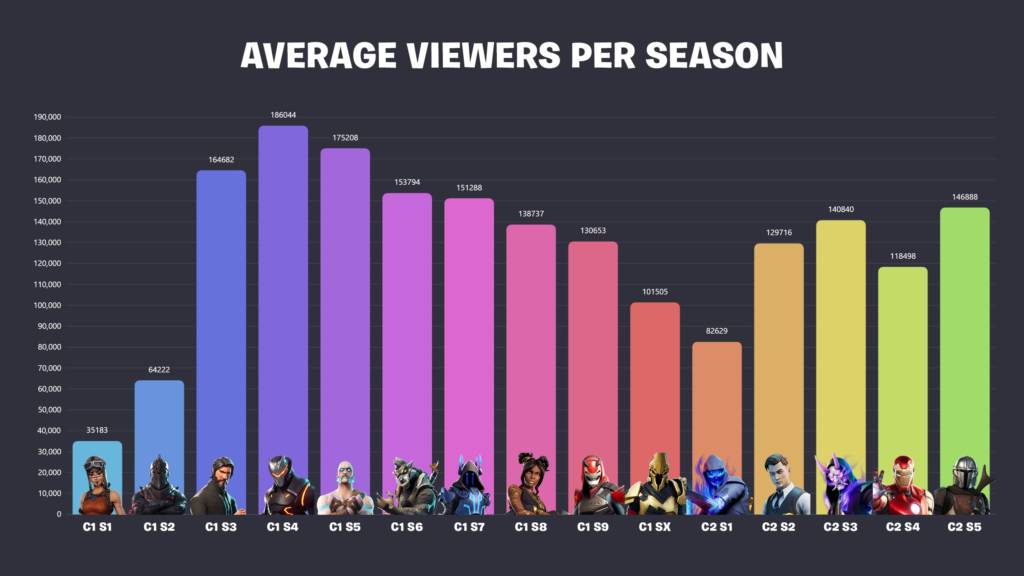 League of Legends is being fairly stable. It doesn’t get much better or worse results. Mainly because everyone knows this production and the situation in it is already certain. There are very rarely new popular streamers who are able to actually influence viewership in a visible way.