One of the Overwatch streamers just couldn’t stand it.

Every Overwatch player is sure to get upset at least once in a while. Most often it happens when playing rankeds, which are very specific in OW. Many factors that are out of your control can be so harsh that a large proportion of players don’t even touch the competitive games at all.

An example of how nervous you can get is the streamer “snuffles” who broke his gear while playing – it’s not known exactly what, but you can hear that something in the background has evidently damaged.

Overtime ended with the streamer’s team defeat, which made him extremely mad. Anyway, just see what happened here (we recommend turning your volume down a bit):

The stream ended after a few minutes. The desk itself was definitely damaged. “snuffles” posted photos on his Twitter account of how he managed to “fix” them. 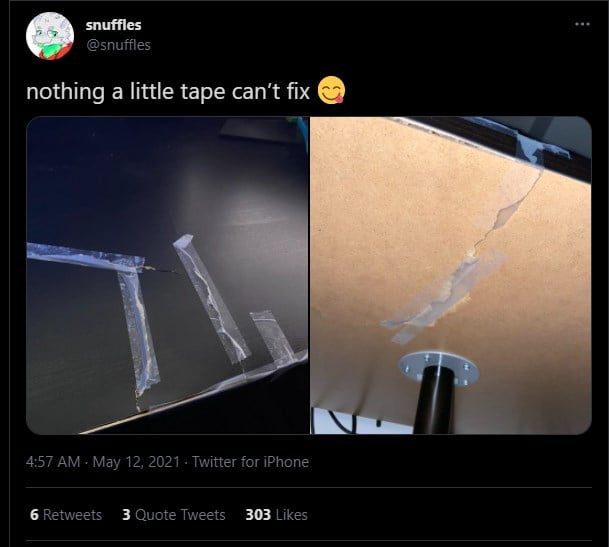 Overwatch can still evoke extreme emotions after many years. On the one hand, we have upcoming announcements for Overwatch 2 that are optimistic, on the other hand, the rankeds are still very stressful for many people.