Players sometimes can’t stand it, we have seen destroyed chairs, keyboards, and mice many times.

Everyone just explodes while playing. For most people, however, it is enough to shout, but sometimes anger leads to the destruction of objects. Usually, it is pads, keyboards, or mice that play the main role.

Twitch streamer nicknamed “drinfinity” playing WoW was obviously fed up with the gameplay. At one point, he simply started hitting the keyboard, which did not survive this duel.

The last moments of the keyboard

It is hard to say to what extent it was an action to the public, and to what real anger. In fact, however, the keyboard was completely destroyed. The French is a relatively small streamer, so there is no hardware listed, and the keyboard does not look cheap, at least at first glance.

Streamer returned to the computer after a few minutes and showed what his keyboard looks like. It quickly turned out that most of the buttons simply fell out. 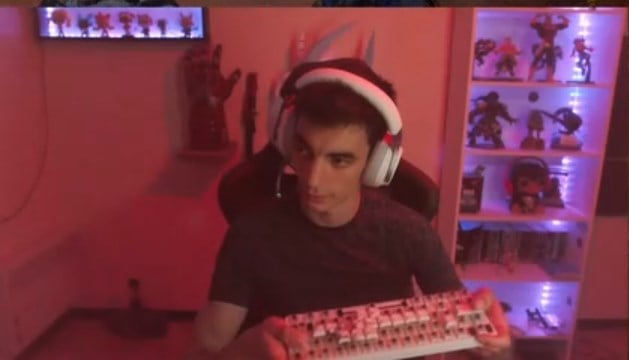 The keyboard did not respond to any keypresses. It is difficult to say whether it is still to be salvaged.