One of the Twitch streamers was to lie that she had brain cancer. The problem is, her sister didn’t know anything about it. The case was released, and the streamer in the apology film quoted … The film.

MsDirtyBird is a relatively small streamer who for some reason thought it would be a great idea to tell her audience that she has brain cancer. It is not known what for, but viewers guess that it could be about evoking sympathy.

The case started falling two months ago. Then the streamer’s sister said that she knew nothing about cancer, and the only operation the girl underwent was on her foot. At the same time, the sister mentioned that it was an unpleasant matter for her because one of her family members had just passed away from cancer.

The streamer apologizes, but how

People began to see more and more inaccuracies in all of this. Finally, during one of the private conversations, the streamer admitted that she was lying. The footage was leaked and the Rocket League community made it clear – “We don’t want you here.” 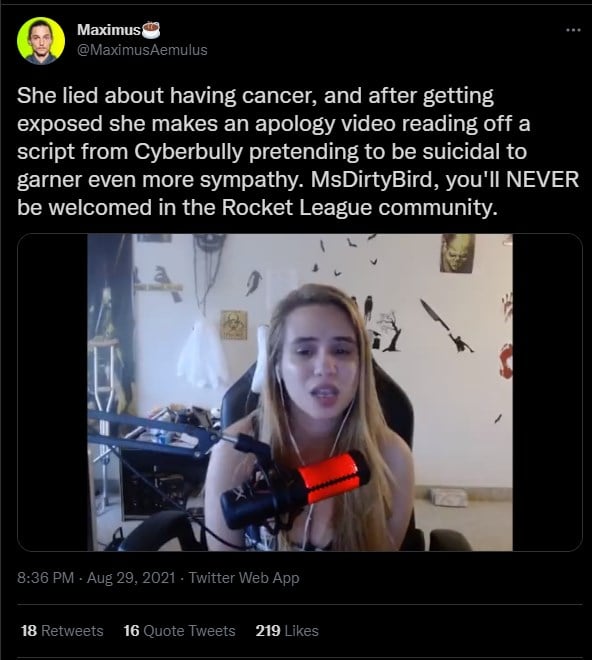 Since it is about a relatively small audience, it would probably be enough to apologize in this case. Instead, the streamer cited words from the movie “Cyberbully”.

What is this all about? A good question that probably won’t come up with a meaningful answer. Crying, goodbyes, all with quotes from the movie. 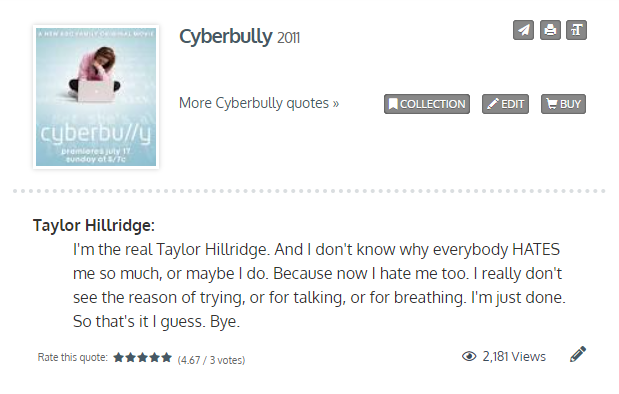 In the past, there were similar cases on Twitch and usually ended exactly the same way – a permanent ban on the platform.