Another unfair ban from Twitch? This time the suspension was given to a Japanese streamer for using the symbol of a Buddhist temple.

It’s very common for Twitch developers to ban their streamers for really weird reasons. This time, however, there could have been a simple human error caused by ignorance. Well, a certain Japanese artist, using the nickname “ShuriKento”, had a symbol of a Buddhist temple on his shirt.

Due to the fact that it looks very similar to a swastika, the streamer has been banned, from which of course he is trying to appeal.

Why is the ban wrong and what does the symbol used by the streamer mean in Japan?

The use of the swastika to promote Nazism is prohibited. Nevertheless, there are countries where this symbol has a completely different meaning (e.g. in India it is a symbol of happiness) and was used even before the rise of the Third Reich and Hitler’s rule in Germany.

First of all, it is worth noting that the sign used by “ShuriKento” is slightly different from the typical swastika because it is turned the other way. In Japan it is called “mania” and it is used in the Buddhist tradition. 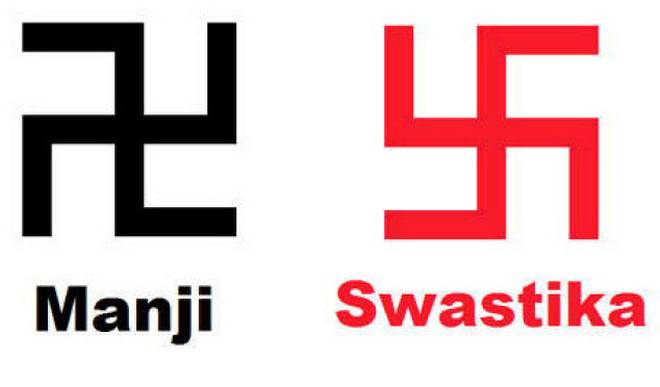 In addition, this symbol is also used on Google Maps, as the streamer himself showed in one of his posts: 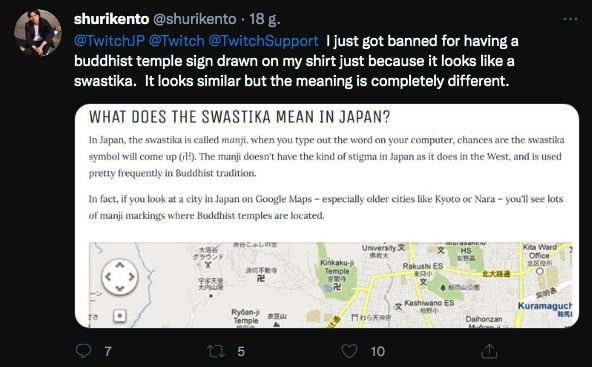 So far, Twitch has not addressed the whole matter or unbanned the creator. However, it is very possible that it will be the case, because ShuriKento did not really use the hate symbol.