Twitch is an expert on weird decisions. This time they remove “extremely scandalous” emoticons.

Twitch has been making weird decisions for a long time that largely surprise the community. Streaming platform owners are able to ignore half-naked streamers broadcasting from the pool or bathtub, and remove cute emoticons they consider “sexual content”.

This was the case with KaraCorvus, a streamer with over 180,000 followers.

READ MORE
Instagram will turn into TikTok to regain the rank of the best social media app?

What did the emoticons that were removed by Twitch look like?

Below you can see KaraCorvus entry, in which shows email fragement from Twitch. The rulers write in it that the emoticons have been removed, and the reasons for such a move were: 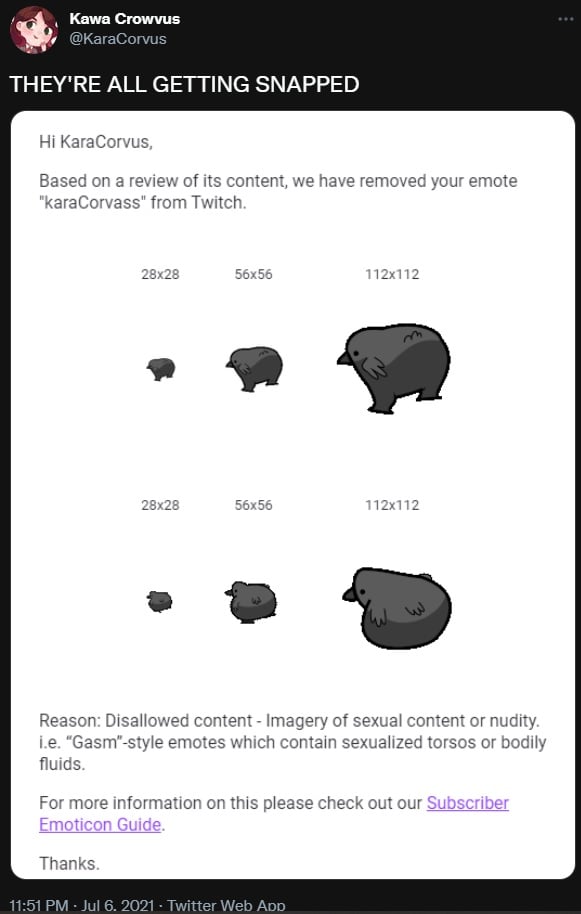 The removed emoticons showed birds twirling their butts. Of course, it could actually be a sexual reference in some way, but it’s a big over-interpretation on the part of the streaming platform. Especially that the previously mentioned half-naked streamers in swimming pools or bathtubs or ASMR are doing quite well.

Twitch’s decision may seem absurd, but there is little the community and the streamers themselves can do about it.