Despite over 11,000 active subscriptions, this streamer decided to accept an exclusive YouTube streaming offer.

Did you think all this fight for streamers is over? Youtube Gaming takes another move and picks up the next streamer. So far, Google has contracts with several people, including Valkyrae or CouRage, and DrLupo is now joining this group.

He is a streamer with a huge audience. Over 4.5 million viewers follow him on Twitch. These are, of course, very large numbers, but the average viewership does not make such an impression anymore. In the last 3 months, there were just under 9,000 people on the broadcast.

Where did this decision come from?

From the interviews we learn that the contract with Youtube is a “life change” and the possibility of providing financial certainty to your loved ones. DrLupo didn’t mention anything about Twitch’s rules, platform policies etc. 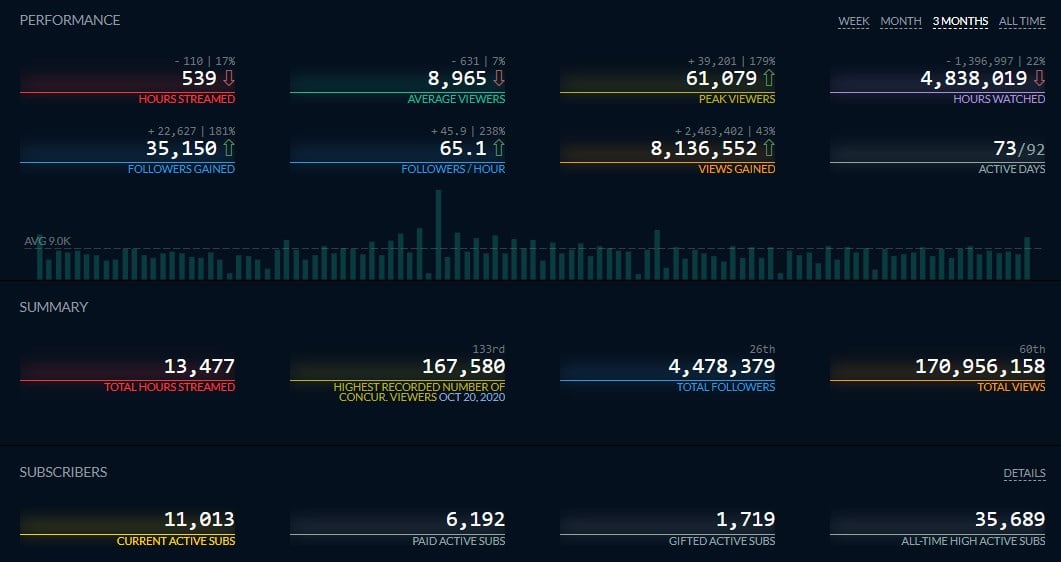 The official amount Youtube paid is unknown. You can guess, however, that we are talking about at least a few million dollars. After all, the streamer at his peak had over 35,000 active subs.

However, it can be seen that recently he has clearly slowed down with the number of transmissions. Until recently, over 200 hours of streaming a month were the norm for him. From May onwards, that number began to decline until an exclusive deal was announced. 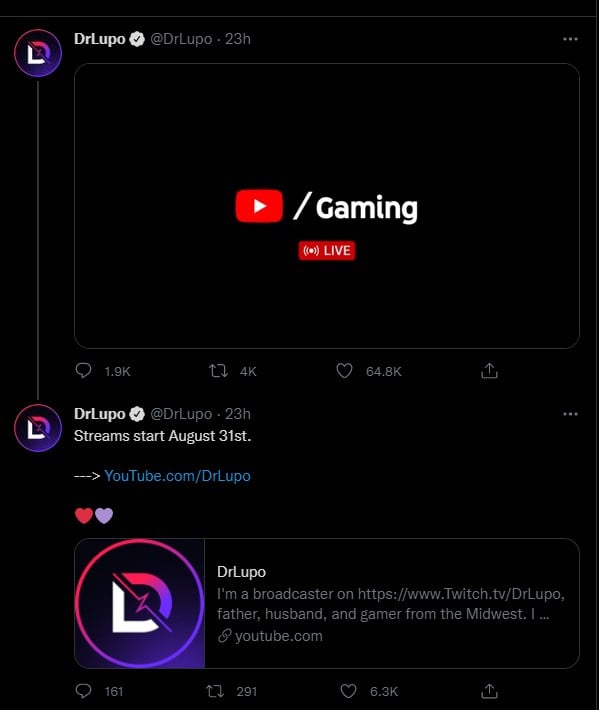 Of course, this does not mean the end of Twitch, many may not notice the lack of a streamer on the platform. On the other hand, it proves that the threat from Youtube is still there.