A streamer with over 165,000 followers suddenly got banned, until now nobody knew what for.

This is one of those bans that is hard to take seriously. Twitch in March this year banned the channel with the nickname “jonzherka”, which mainly stream in the categories “Just Chatting”, CS: GO, Among Us, and Fortnite.

The streamer gathered a total of 165,000 followers, on average his streams were watched by over 1,100 people, until one day all fans saw the information about the ban. 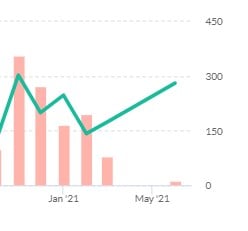 READ MORE
Twitch has permanently banned a professional CSGO player. Over half a million people followed him

Ban for 3 months for nothing

While the streamer did not fake an email from Twitch, the platform actually banned him by mistake, which they themselves informed. Have you ever wondered what an apology looks like in such a situation?

The 3-month ban on Twitch just ended like that. The streamer’s latest message regarding the ban suggested the suspension was due to watching a woman in a bikini for too long, but apparently, it wasn’t.

There is a lot of talk about some Twitch bans being quite controversial. In this case, it’s hard to imagine what the streamer was going through. At one point he was cut off from his passion and, of course, a source of income.