The day has come. Twitch decided to get serious about bots.

Twitch has officially announced that technology to detect bots has been developed. As a result, streamers can expect huge drops in their follower numbers in the coming days.

All this is due to the fact that in total TTV detected over 7 million accounts for deletion. This process will take a while, but it has already been confirmed that the platform is starting to massively remove ToS-breaking accounts.

Streamers have recently complained about the fact that they suddenly get a few or several thousand followers. There was not much you could do about it, though there was a solution. However, it required linking the account to third-party services, which did not necessarily convince streamers to remove bots on their own.

Now Twitch will take care of it. It was also confirmed that streamers can expect drops in follower numbers. 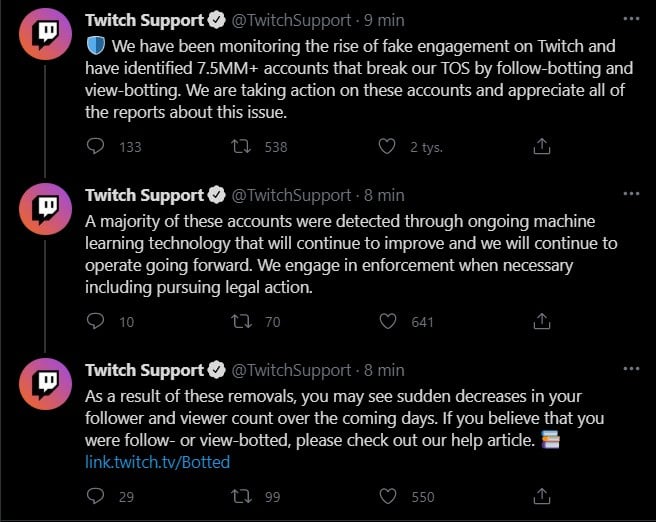 This information is certainly positive for small creators who have a disturbed number of followers. For larger streamers, it won’t matter much, although it may in fact have some impact on their potential advertising reach – most advertisers, however, look at the numbers on the livestreams, not the followers.