Another wave of bans for the DMCA? Twitch is trying to cooperate with music authors.

For several months, online creators streaming on the Twitch platform have to be careful not to breach the copyright. As a result, many have stopped listening to it on live broadcasts or switched to copyright-free music.

For a long time, however, there was silence and some people decided to use well-known songs again or never stopped. As such, Twitch warns that there are serious consequences beyond their control.

In recent months, listening to music on streams has been very difficult. It even led some to drop Song Request, playlists of songs added by viewers. In addition, the previous VODs had to be removed as copyright warnings applied to the entire channels.

Some people found a way to avoid consequences and separated the music soundtracks from those stored on VODs, but again not all of them. Now, after another wave of bans, the platform has decided to send e-mails to creators informing them to watch out for further warnings. 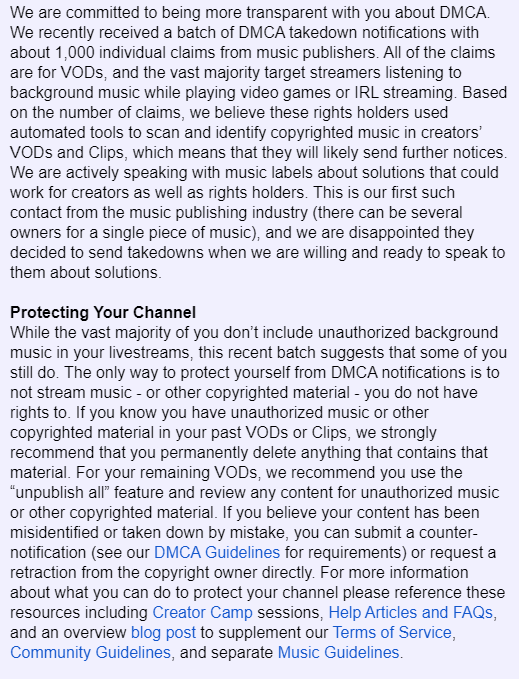 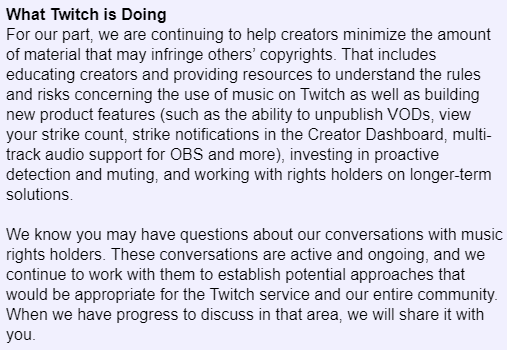 As we can read, the platform has received over 1,000 individual claims for the removal of songs from streams, where the creators listen to background music while playing or on IRL streams.

Additionally, Twitch tries to talk to music owners, but as they claim, these are not conversations that go their way.

We are actively speaking with music labels about solutions that could work for creators as well as rights holders. This is our first such contact from the music publishing industry (there can be several owners for a single piece of music), and we are dissapointed they decided to send takedowns when we are willing and ready to speak to them about solutions.

This means that streamers are forced to pay more attention to what they broadcast on streams because the owners of the portal are helpless and cannot get along with the labels. However, if they want to listen to DMCA songs, they should delete VODs.