There are such duos on Twitch that cannot be faked. It only took a few hours of Pokimane and xQc playing together for the new most popular clips to appear on Twitch.

xQc is by far the top Twitch streamer, while Pokimane is one of the most popular female streamers. They both have a good sense of humor, which resulted in an incredibly popular stream of playing Valorant.

In this case, Valorant itself did not matter much, while the Pokimane stream was watched by about 81,000 people on average.

Valorant, like nearly all competitive online games, can evoke negative emotions at times. You can easily assume that this relates directly to xQc, who, due to his popularity, has to be careful with all words.

At some point, the streamer could not stand it and started calling everybody idiots. After a while he withdrew from it, apologized, and after 5 seconds he came to the conclusion that he did not intend to apologize and repeated his words. 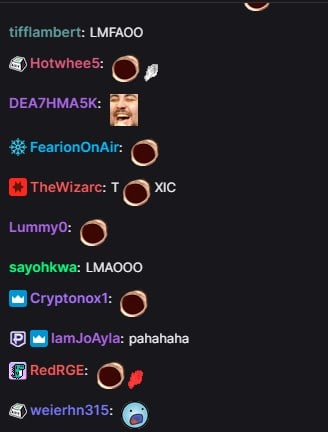 The clip now has over 20,000 views and this number is constantly growing.

xQc has played with Pokimane in the past, but this has rarely happened. So people didn’t expect such a duo. But as you can see from the comments on Reddit, people liked it.