“The magical 8-year old with crazy Fortnite skills signed a contract for 33,000$” – that’s how “33 Gosu” was written about 4 months ago. What has changed?

Not long ago, the world got introduced to “33 Gosu”, an 8-year old Fortnite player that was supposed to give “Team 33” publicity and renown. Even BBC made a documentary about the blessed kid and interviewed his family.

Professional Fortnite players, however, have great doubts about the great player. Several months have passed since signing the contract, and no one has met Gos in any tournament, scrim, or another event. 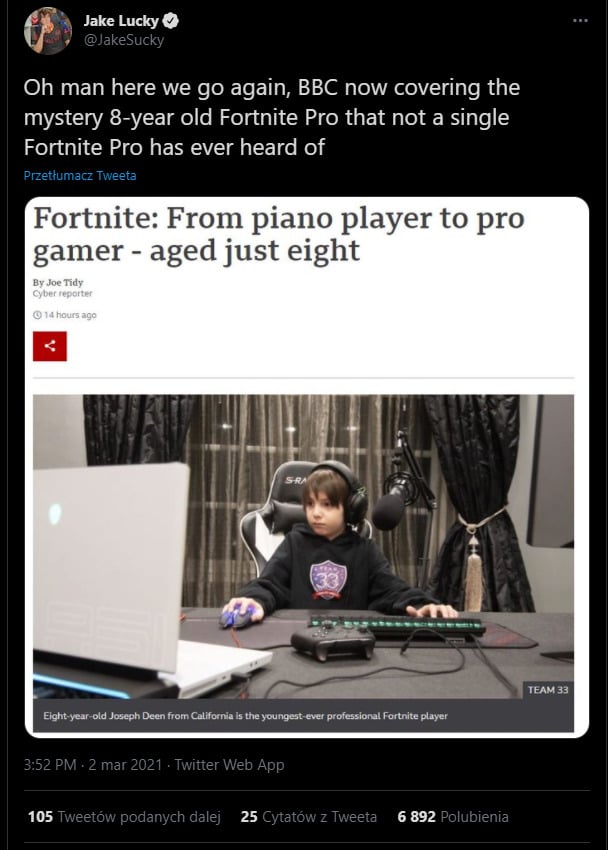 READ MORE
How to get free spray with skins in Fortnite? Switch Cup 3

In December 2020, information that Joseph Deen was contracted by the organization “Team 33”. He received computer gear and 33,000$ for signing a contract. Nobody heard anything about him ever since. The organization went silent, as well as Joseph.

Suddenly, the BBC makes a reportage on Gosu and the world starts going crazy about a child earning a fortune for playing Fortnite. Players start speculating and asking, “Has anyone ever seen Gosu?”. As it turns out, no pro player has ever had to deal with him in-game.

The whole situation is weird, especially since Gamepedia reported something like this for many months: 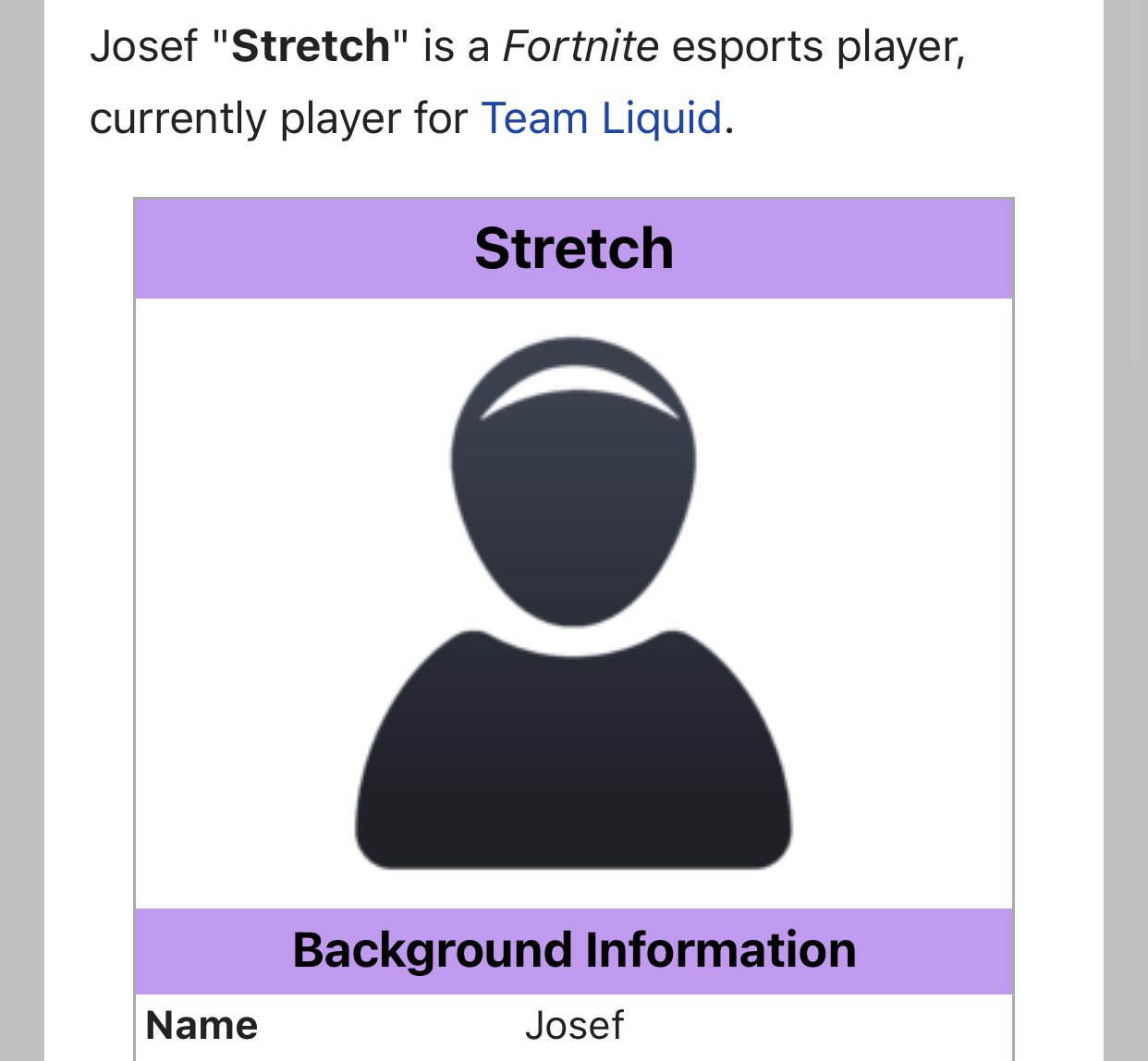 This has now been updated, but according to a website that collects information related to esports, Joseph is a part of Team Liquid. 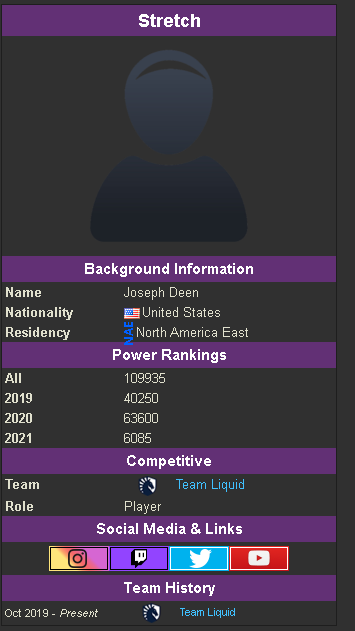 It doesn’t all add up. Just looking at professional players laughing at the whole situation is enough. 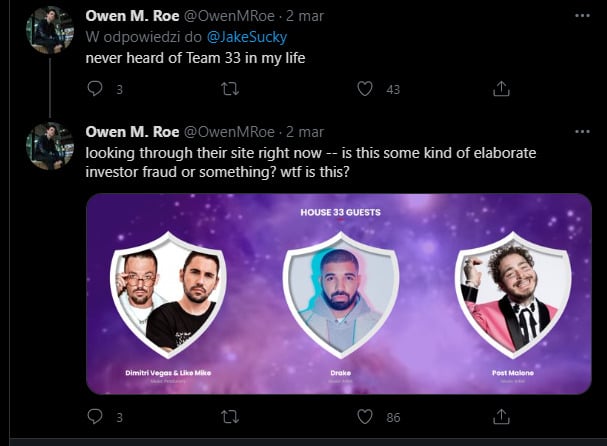 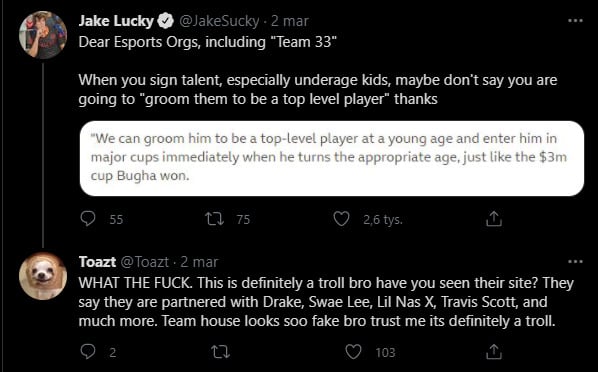 “Team 33” itself raises many doubts. On one hand huge contracts for tens of thousands of dollars, popular faces promoting the organization. On the other, to join the team, you must:

However, a few things proving the credibility of the organization must be mentioned. Joseph’s signing could have been a huge marketing move. If that’s so, it clearly worked out, because a lot of people had heard about Team 33 as of now.

Gosu may not appear at tournaments because he is only 8 years old. According to Epic’s regulations, he cannot partake in tournaments where there is money to be won. There is a huge possibility that everything was planned to create hype around the organization, which clearly succeeded.​