A few hours ago, information about the potential cooperation between Fortnite and Pokemon appeared.

Such situations perfectly show why it is sometimes not worth believing everything that even the most popular leakers publish. A relatively small streamer on his Twitter published a recording of one of the Pokemon themes saying that the music was triggered for him during a regular game.

Some recognized that it was a Pokemon motive, so there was immediate speculation about the upcoming cooperation.

READ MORE
This is a true Fortnite loop. For a year now they have been playing Chapter 2 season 3 through the battle between Epic and Apple

But this is not true

The largest profiles, such as HYPEX or Happy Power, informed that Epic could cooperate with Pokemon. However, it quickly turned out that all this was prepared by a teenage streamer. 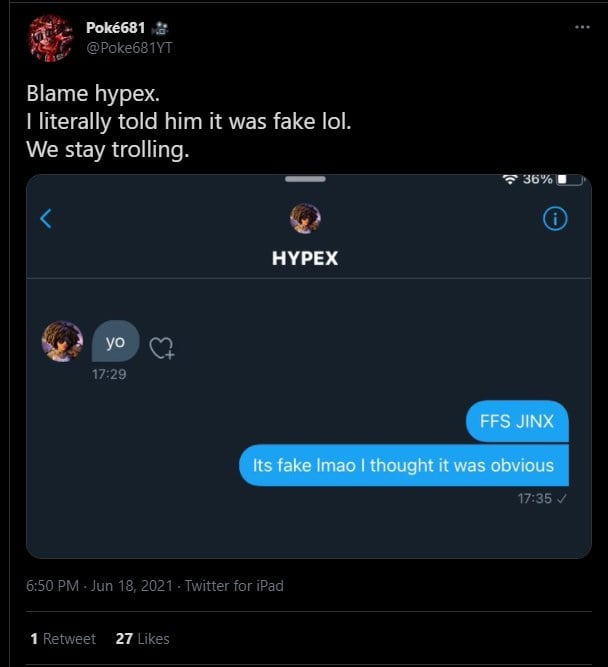 The latter reportedly wrote to leakers that it was not true and that they should not believe it. Well, the hype has gathered, and trusted publishers have posted an appropriate rectification.

The action is quite strange, but it shows once again that leaks must still be approached with a distance. Even if they are published from really famous people. There is always a shadow of a chance that someone has deliberately misrepresented or deliberately created false information, as it was in this case.