Today, a new skin pack has been introduced to the Fortnite store. And it has immediately become incredibly popular.

From time to time, Fortnite receives skins or entire packages of items that completely take over the production of Epic Games. A lot of people bought this package tonight. It contains the same skins as backpacks, but you can also buy pickaxes.

Many people associate these skins with Lexa because of their similar appearance, but they are completely different skins, designed by someone else. How does an anime-style pack look like?

What’s so interesting about new skins?

The package costs 2,200 V-Bucks. Contains the outfit and backpacks that can be seen in the graphic below.

Players can also purchase individually stylistically matching pickaxes. Many people already assume that these will be one of the most popular skins.

There are often all kinds of concepts and ideas for skins appearing in the community. Hardly anyone knows, but specific skins were not designed by Epic Games, but by someone completely different. Yes – a skin considered one of the best by the community is actually a community project. 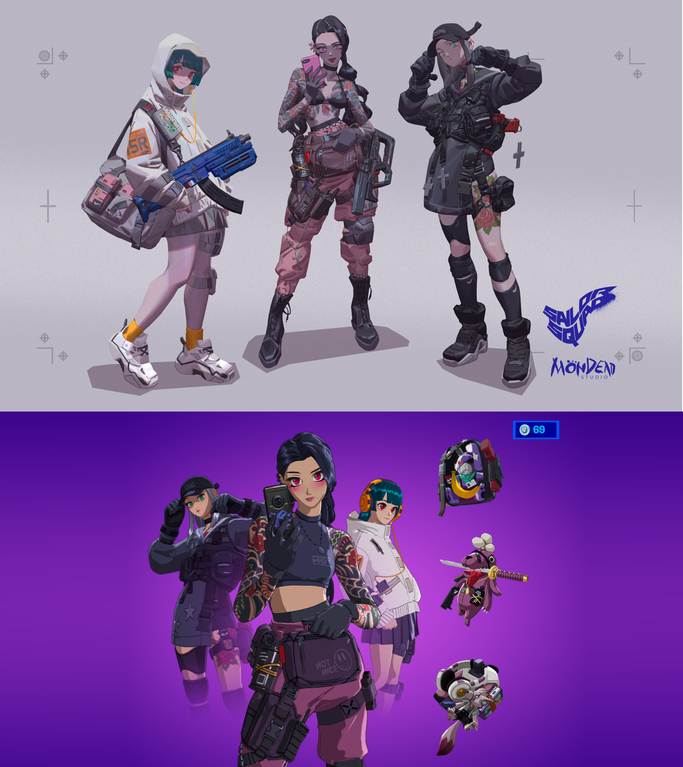 The fact that the skins were designed by the fans of the game resulted in some smaller easter eggs. If you look closely, you will quickly notice that the phone held by the character is the same as in the Pokimane emote. This can be an additional element encouraging you to buy the pack if you are a fan of the streamer.