Yesterday, an update was quietly introduced to Fortnite. It was supposed to, among others, nerf the original shotgun. However, that’s not all that has changed.

Easter is over, so some elements have been removed from Fortnite, such as eggs or Webster. Yesterday’s update also affected something else. In addition to the Shotgun Nerf, the Recycler has been buffed.

This is interesting news since Epic has not yet launched everything that has been prepared. The files contain versions of this weapon that are not yet in the game.

READ MORE
Fortnite Season 6 theme is completely different than everyone thinks? Is it about Raz?

As we read in leaks, the damage of the recycler has been increased by 66%. It’s really a lot. Epic also writes that materials for it are collected faster. In addition, it is known that there are other mythical versions of the recycler. 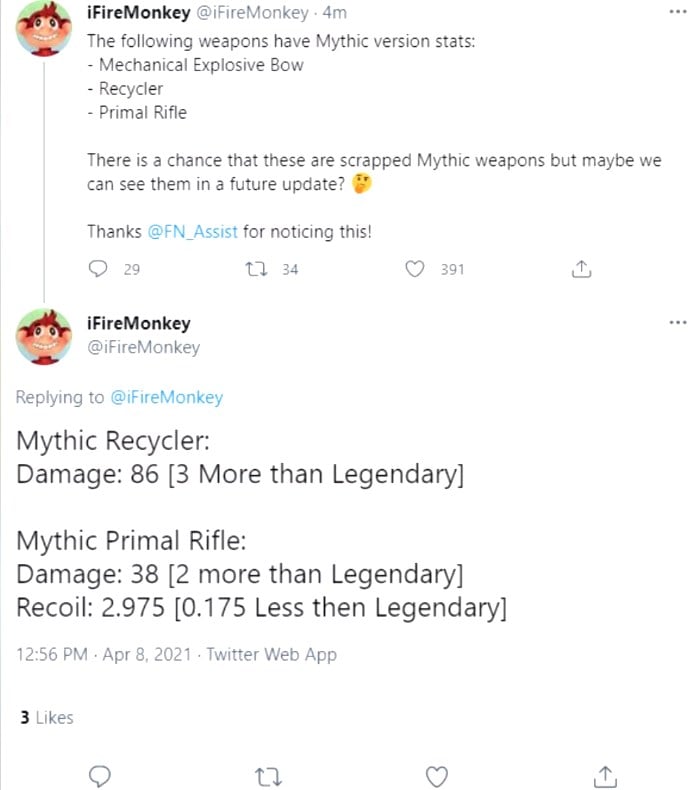 It is difficult to say when and whether they will be turned on at all. However, it can be expected that Epic will want to do a bit more with them later in the season.