One of the items taken out in Season 7 returned in Update 17.10.

As usual, Epic at the start of the season decided that it was the right time to withdraw a few items and thus get rid of various mechanics. Interestingly, however, some ideas were decided to be brought back just 2 weeks later.

This time it’s about the Hunter’s Cloak. And although it will not be groundbreaking news for most, it is worth adding that you can get a significant amount of additional XP thanks to this.

READ MORE
The first-ever temporary mode will return to Fortnite. Gamers are delighted

The Hunter’s Cloak has returned to Fortnite

After Update 17.10, you can create a Hunter’s Cloak again.

And this, in turn, translates into the ability to tame animals and gain additional XP points. So if you’ve been obsessed with opening chests and ammo containers for experience points so far, now you have another “secret way to get XP”. 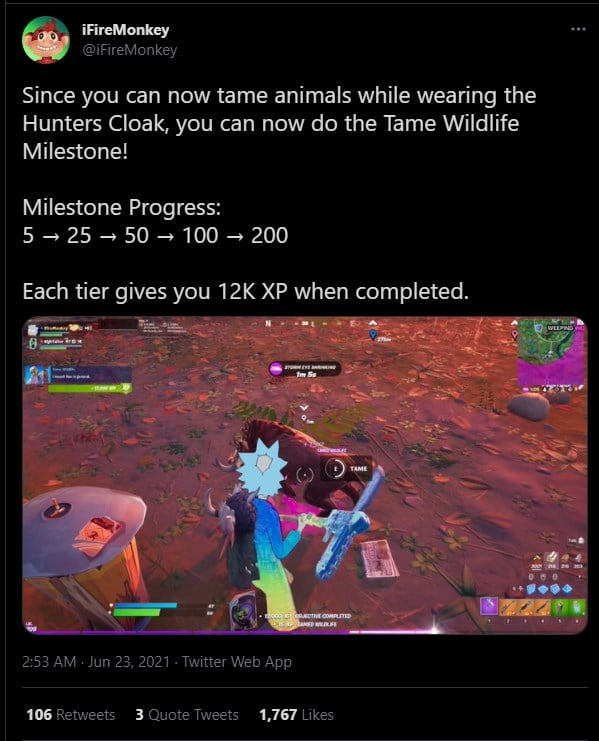 Probably turning on the cloak is not a mistake. Epic decided that it should still be in the game, although you never know.