Flying in Fortnite will continue in a rather unusual way.

Flying means of transport is something completely normal in Fortnite. We had helicopters, planes, UFOs, and another, rather unusual way of getting around appears on the horizon. Leakers are convinced that at some point the theme of “wild” will come back to the game.

As a result, new animals will appear, of which at least one of them will be able to fly. Of course, not alone, but with the player. Sounds weird? Welcome to Fortnite.

READ MORE
Leakers are convinced that it will be the new Fortnite Crew. Two skins have been decoded

Flying on the animal

It is too early to even suspect what the animal will be. There is talk of dinosaurs, but there are no major reasons for this. As HYPEX writes, various “functions” were added to files yesterday: 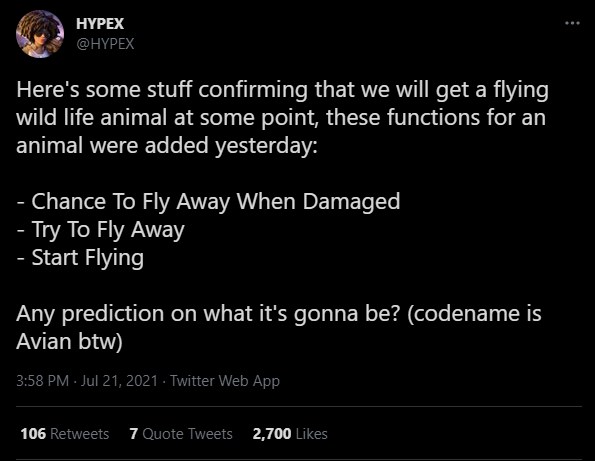 The code name is “Avian”, but it is known that the code names do not have much in common with the items themselves.

The release date is also not known yet, so far it is just a clue that Epic is working on it and maybe in some time “wild” will return to the island.