The Epic vs Apple lawsuit is really comical at times. We are talking about huge sums and the lawyers are explaining to each other what it is with banana skin.

As a reminder, the Epic vs Apple process is still in progress. This one is due to end in a few days. The first clashes of these two giants were really difficult. Mainly by kids who managed to get into private chat rooms that Epic and Apple used.

When it was finally under control, a lot of questions, doubts, documents, shouting over each other, etc. appeared. The banana theme has also been touched upon in this whole discussion and the shifting of arguments. And the media immediately agreed that this was the funniest moment of the whole process.

Banana without clothes is a problem

It all started with Apple showing the matchmaking screen (lobby). A company lawyer noticed a suit-clad banana. As we read:

“We thought it better to go with the suit than the naked banana, since we are in federal court this morning.”

The entire transcript of the first conversation, which touches on the banana thread, is below. While a few sentences don’t matter much, it gets more interesting later. From this opinion, one may conclude that there is a chance that a banana without clothes may be outrageous in some way. 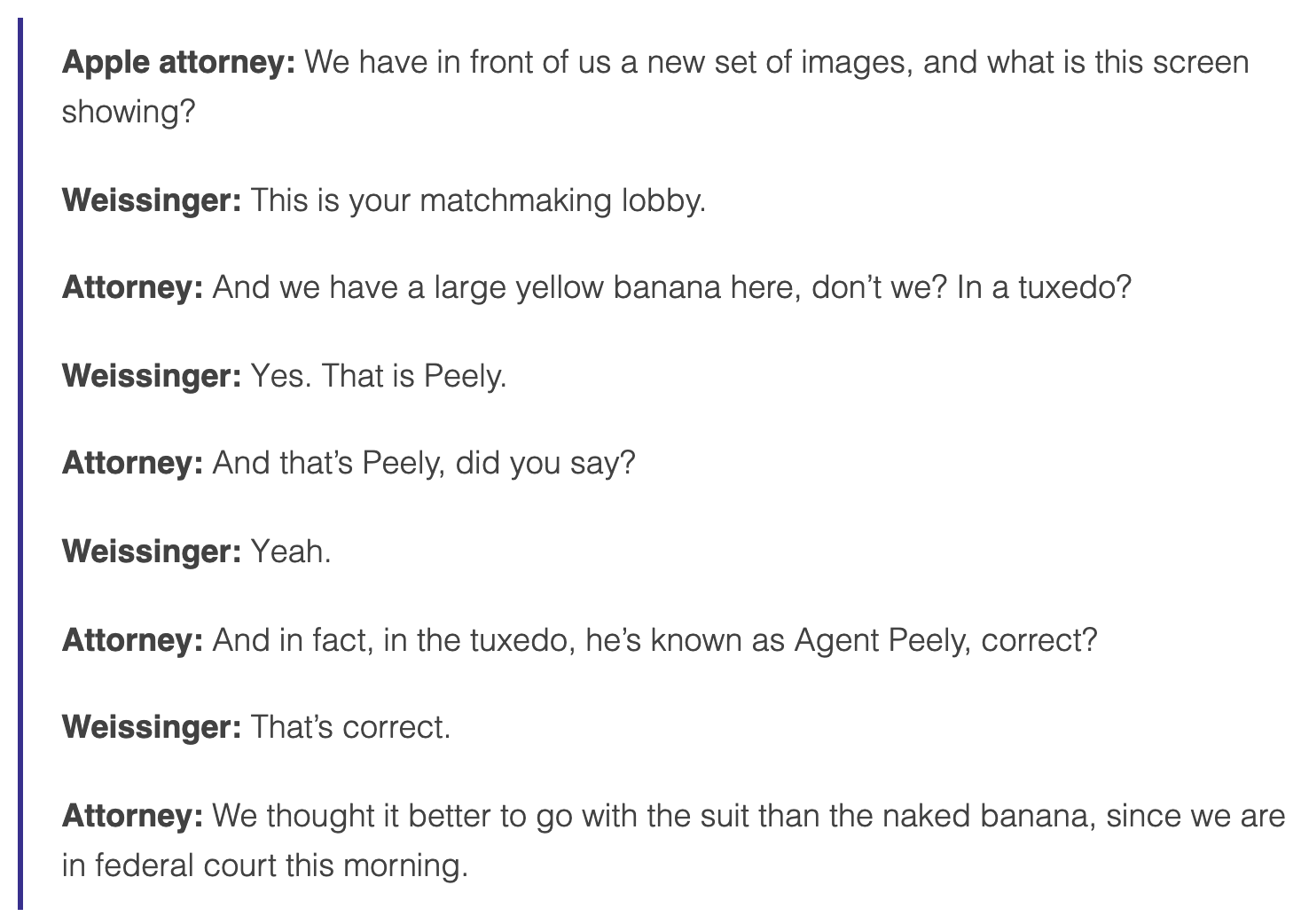 The whole world has already laughed at this, which can be seen from the amount of news on this subject. Of course, the banana as such will not be removed, its “naked” version will not disappear, at least for the moment. Apple tried to use it as an argument, but finally everyone laughs at it. 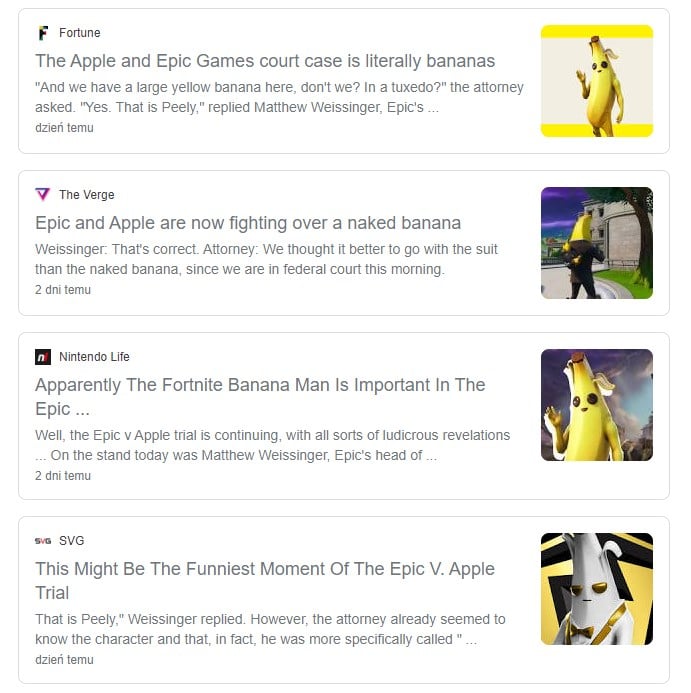 In the second part of the conversation, Epic recalls this thread, with a lawyer asking one of the employees if he thinks a banana is “inappropriate”. This one says it’s just a banana. 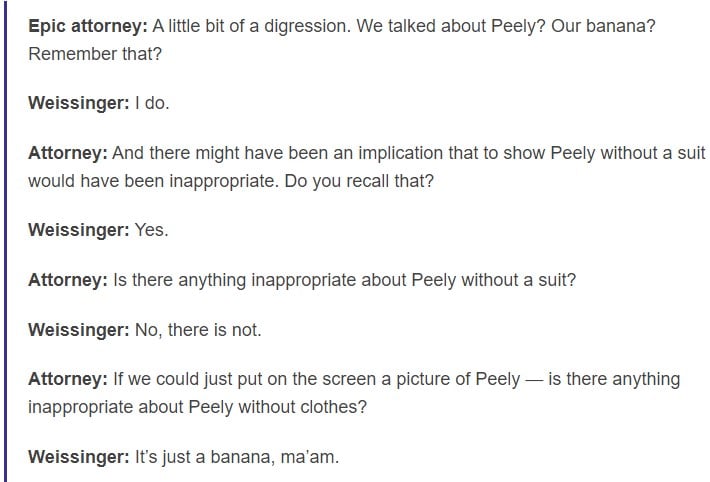 It is hard to say what Apple was trying to achieve in this situation. In the end it turned out not so well. The whole world looks at each statement as much on one side as the other. It’s hard to take such banana skirmishes seriously.