Clix has confirmed that he lost its creator code.

Clix had received warnings from Epic before. He was also banned from Twitch. Now Epic felt that the player should no longer have their creator code. All because of the message he posted on Twitter.

This message is just plain bad. It’s hard to say if it was meant to be a joke, but Epic definitely didn’t laugh. The developers took the code away and showed that they didn’t want anything to do with it.

The immediate reason is a message that has already been deleted. It alluded to a girl who was supposed to be given laxatives by the player. This entry ended up on Twitter out of nowhere, without any major story. Just like that, the contestant thought it would be a good idea to write something like this: 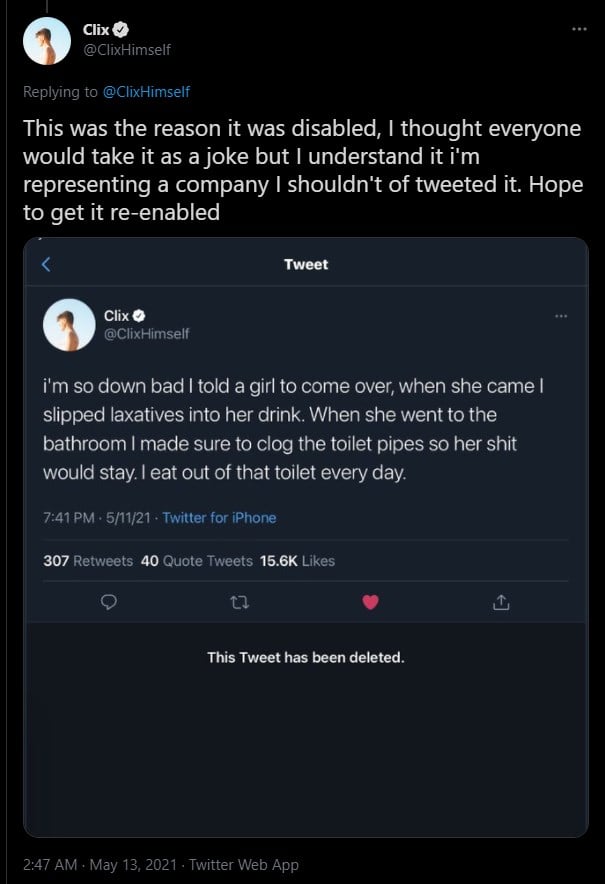 It is not known if Epic will re-enable the code, there is a chance, but relatively small. Developers can take the creator’s code at any time, without giving any reason. Since Clix has already had a few warnings from Epic, he likely won’t be able to use this Fortnite feature anymore.