Donald Mustard arouses great emotions again, this time thanks to one photo and a very specific location.

Probably everyone knows that Donald Mustard loves to publish all kinds of announcements, teasers, tips, etc. His pictures often refer to subsequent seasons, and the entries were a source of specific information about the next events in Fortnite.

Therefore, now that Mustard has posted another photo, speculation immediately began. There are three options:

READ MORE
V-Bucks given away, so it’s time for this backpack. Which Fortnite players will get it?

Why such a commotion among the community? 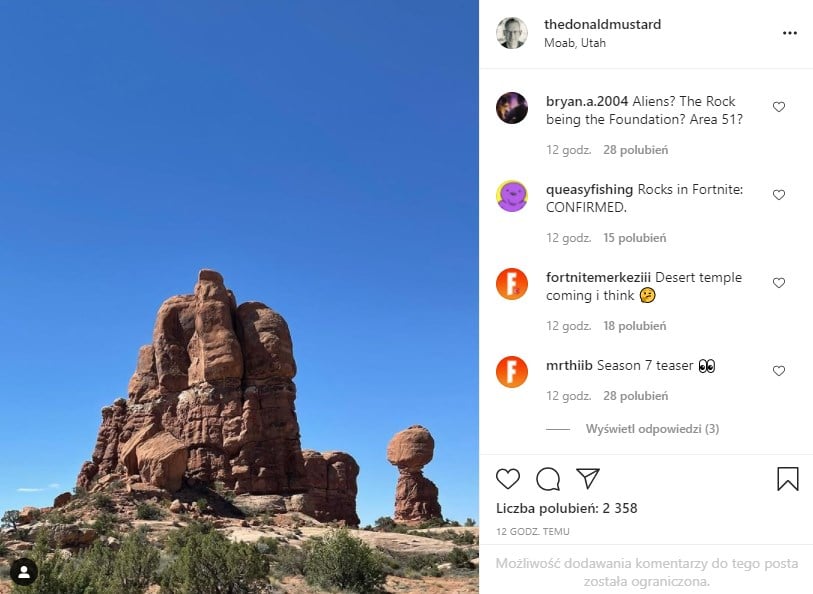 It quickly turned out that this is probably a reference to Fortnite. How? After searching the web, it turned out to be related to aliens – who would have expected? As we read, a mysterious stone appeared in Utah, which was immediately interpreted as the work of aliens. 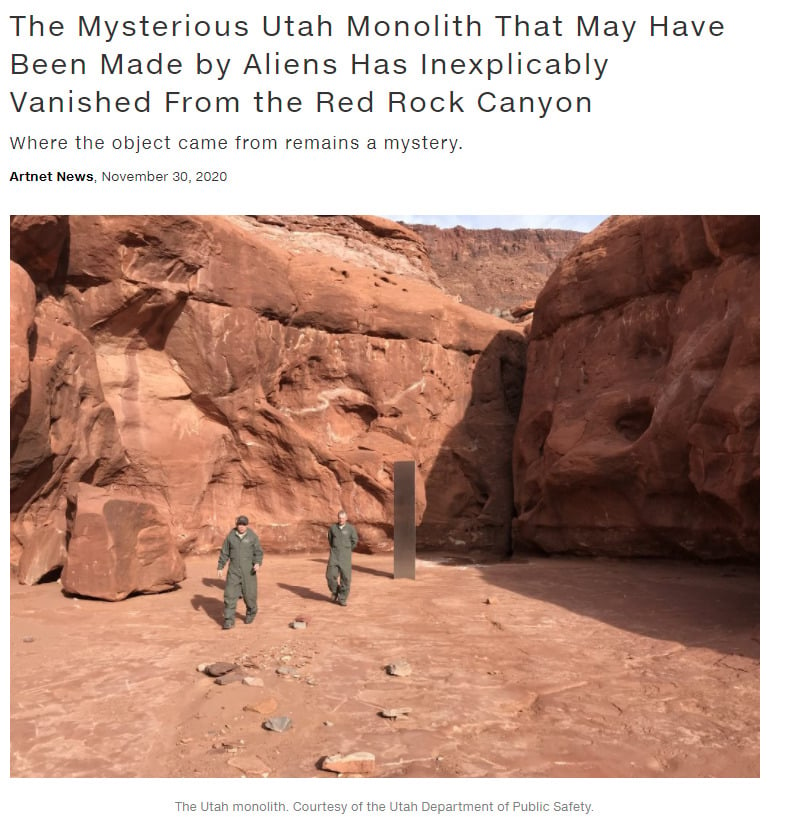 The stone in the end turned out to be just a YouTuber experiment, but it’s still all related to the alien subject. It doesn’t really matter where it came from, what matters is that Donald Mustard is referring to it. 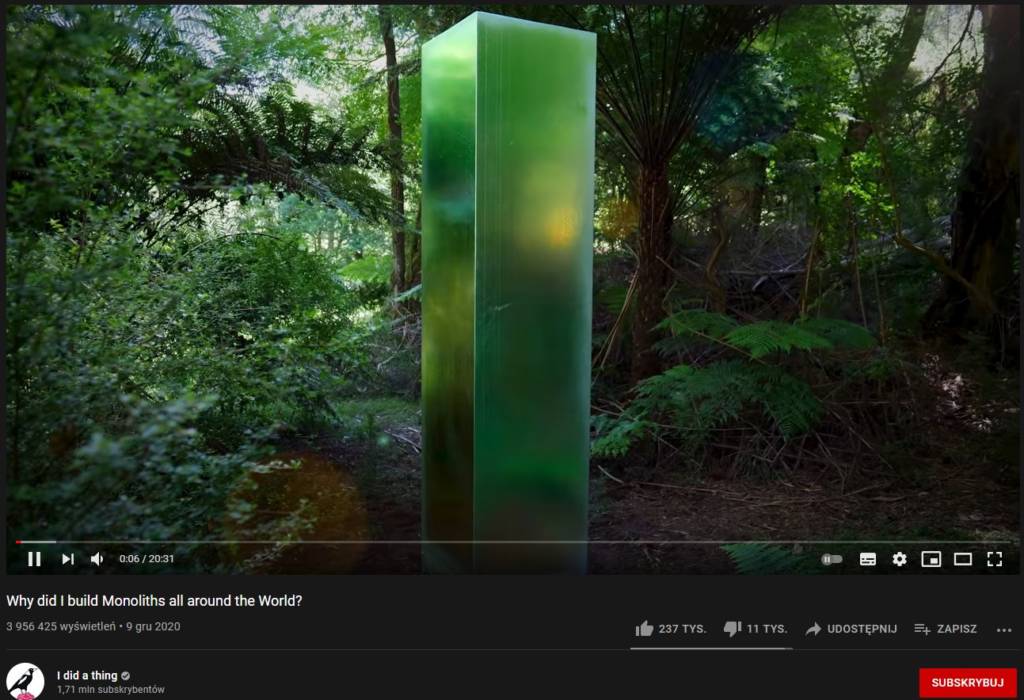 There is a very good chance that we will actually see this place, or some variation of it, in the next season of Fortnite.

Now it remains only to wait for the next events.