One of the streamers met with Donald Mustard, thanks to which some interesting information was revealed.

This action came out of nowhere, or so it looks like. One of the people on Twitter wrote a few days ago that she met with Donald Mustard. It sounded quite unbelievable because we are talking about a Twitter user who is followed by just over 9,000 people. 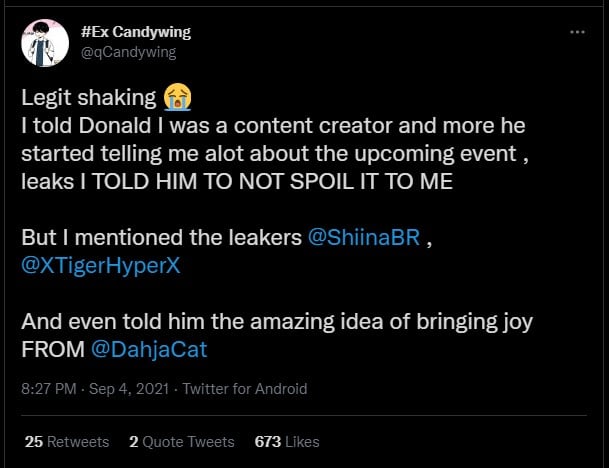 However, everything was confirmed when Donald Mustard himself added a short video with the player. So it seems that you can actually believe his words. What did the community learn from that meeting?

Mustard did actually meet the player. It’s still not too clear as to why or what this is all about, but the creative director wrote on his Twitter:

I am so incredibly lucky to have met qCandywing! He is very inspiring and awesome… and has the best Fortnite questions ever!

Don’t spoil too much, Josh.

So what have we learned?

So Epic told a few details about the upcoming weeks in Fortnite. Quite unbelievable, but everything points to it.