In the upcoming week, players should get a new update, and with it, fix a number of bugs.

Epic is still struggling with the issue of visibility in the storm. At the moment it has been fixed in such a way that enabling the performance mode significantly improves visibility and makes players see in the storm better.

It has now been officially confirmed that this is a bug. This one will be fixed in patch 16.20, along with a few other bugs.

READ MORE
If you have this skin in Fortnite, you can get an additional style for it soon

What bugs will be fixed?

When it comes to Battle Royale, four bugs will definitely be fixed. Visibility, bugs with arenas, collection and disabled items. 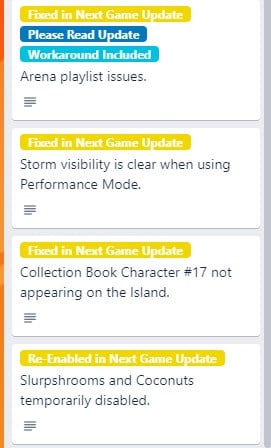 There are other fixes waiting for Fortnite as well.

We still have to wait for the improvement of challenges that cannot be completed. The list for update 16.20 probably won’t change, so it is possible that after the patch we will see smaller and larger fixes.