It took several years, but finally, this feature is officially coming.

There have been a few suggestions in the history of Fortnite that repeated themselves very often. You can easily count the preferred slots for items and weapons. In fact, we recently pointed out that Epic is working on this.

This information was confirmed. The official “Fortnite Status” account has published a message that such a system will be introduced in the next update, i.e. in the update marked as 17.20.

The way it works is obvious. You set the slot on which the weapon or item you picked up is to be placed. It will probably be realized thanks to an additional menu. 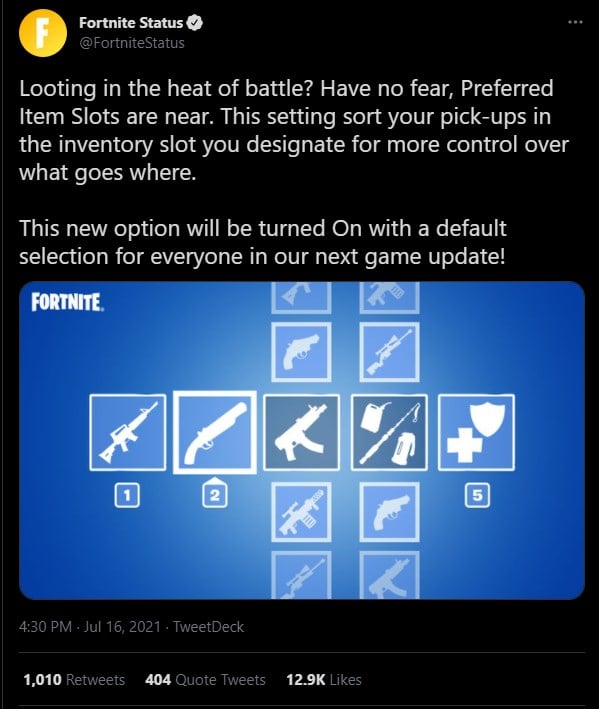 This is definitely good news for all those who don’t like setting up their inventory manually. Update 17.20 is expected next Tuesday. It will also be the first major update since October 17.