One of the most interesting items will practically not come back. Epic has deleted its files.

There were many interesting items and mechanics in Fortnite. To the most interesting, you can easily add the Bud the Mushroom, who used to become our ally. He was in the game for a moment and despite many hopes, he did not return.

Now leakers confirm that in the last update marked as 17.10, this buddy was completely removed from the files. That means it probably won’t come back. 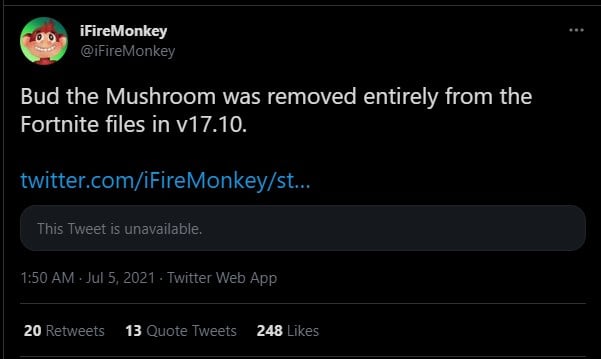 READ MORE
He once got banned from Fortnite for cheats, and now faces jail. The big scandal in Faze

As we read in the leaks, the mushroom has been removed, and this reduces its chances of returning. It’s a pity that it was indeed an interesting element of the game. You can see the way he worked below:

Epic has a mushroom problem in general. Maybe something was planned for them, which was finally abandoned? After all, we still haven’t seen a skin called Madcap in Fortnite. It’s been there since Season 2 of Chapter 2, which is for a few good months. 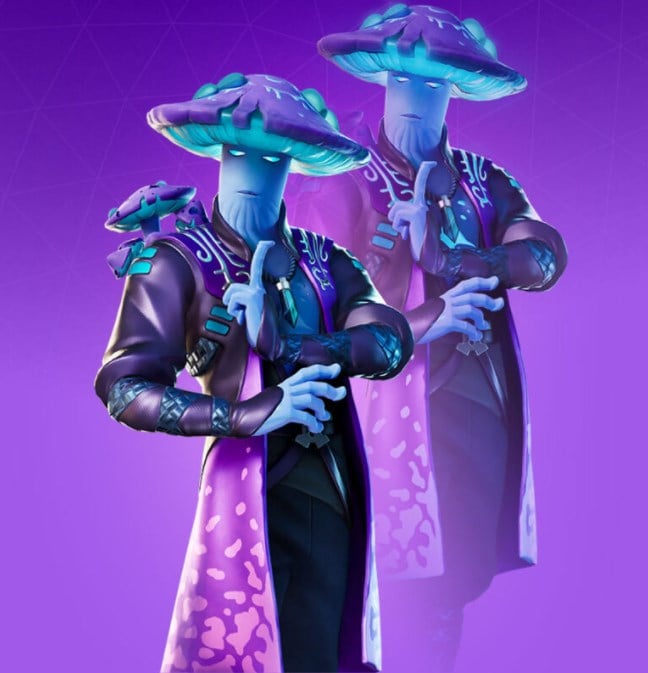 I think it’s time to come to terms with the fact that whatever Epic had in their heads, this idea was thrown into the trash. Madcap will probably come out in some time, but we should not expect any additional event.