You could have guessed that Epic would make such a decision sooner or later.

Yesterday, update 17.10 hotfix entered Fortnite with some significant changes. Among other things, nanites appeared in the game. These, in addition to their standard features, also allowed the creation of various weapons.

And it was this element that made nanites have to be removed from the competitive modes. It was pointed out by both leakers and professional players. 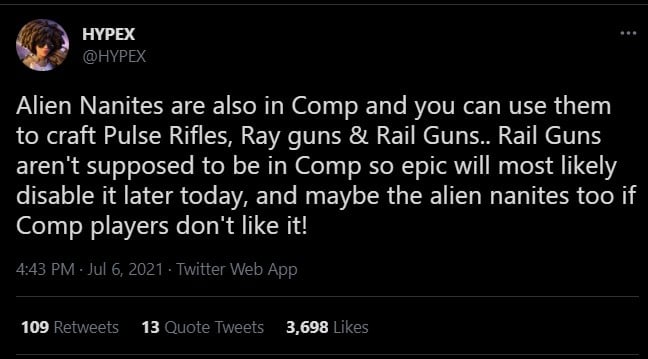 READ MORE
Leaks reveal who the next Fortnite icon will be. It is this skin that will become more and more golden

And Epic agreed with them

Just two hours ago, Epic announced that nanites are being disabled in competitive modes. This is the only change that has happened since the hotfix was released, but it probably won’t end there. 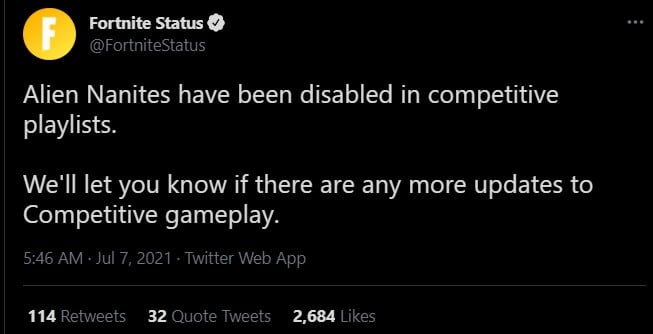 There are a few annoying bugs in the game at the moment, chances are Epic will decide to disable a few more mechanics, although nothing has been confirmed on this topic yet.