This is one of the funniest situations in the whole affair.

We are talking about a really serious matter here. Today we will finally find out who won the Epic vs Apple dispute. The final process is underway with random kids joining the conference and shouting “I love Fortnite” etc.

For some reason, the conference was switched to public, and as a result, more than 200 people were able to join and start disturbing the whole court hearing. So we have a situation in which representatives of Epic and Apple express themselves, and between them, a young player screams randomly from time to time.

READ MORE
This is the end of Fortnite fish. The new comic book cover reveals that Fishstick is going to die. End of his styles?

A lot of people just laugh at this situation and mention that it is embarrassing. The people in charge of the conference are trying to fight it all the time, but it doesn’t do much. The stream, which has been going on for over an hour, is interrupted from time to time. 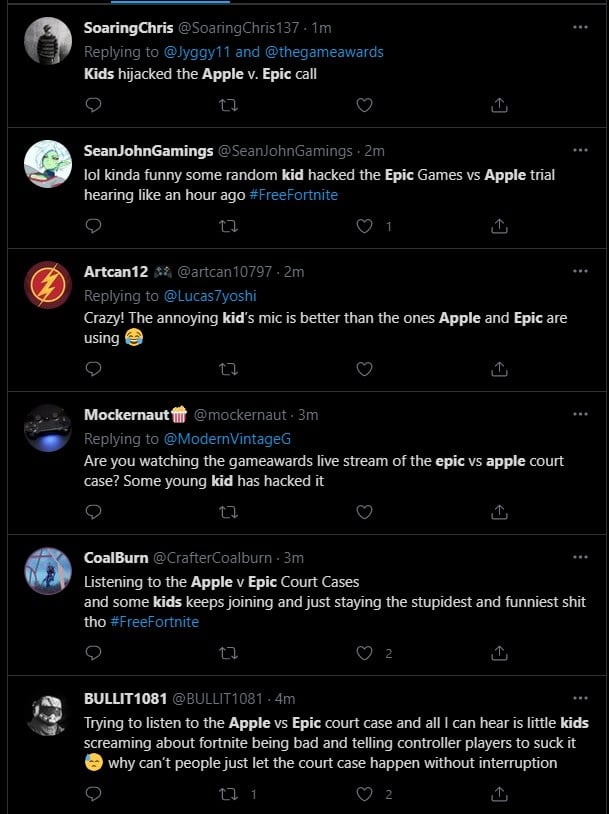 How it will all end is hard to say. For now, it’s hard to take it seriously when the kids scream between Epic’s words.