A few minutes ago, leakers further announced the Taco store in Los Angeles.

Photos and videos of the Los Angeles building with Fortnite logos and very distinctive Taco have appeared on TikTok. 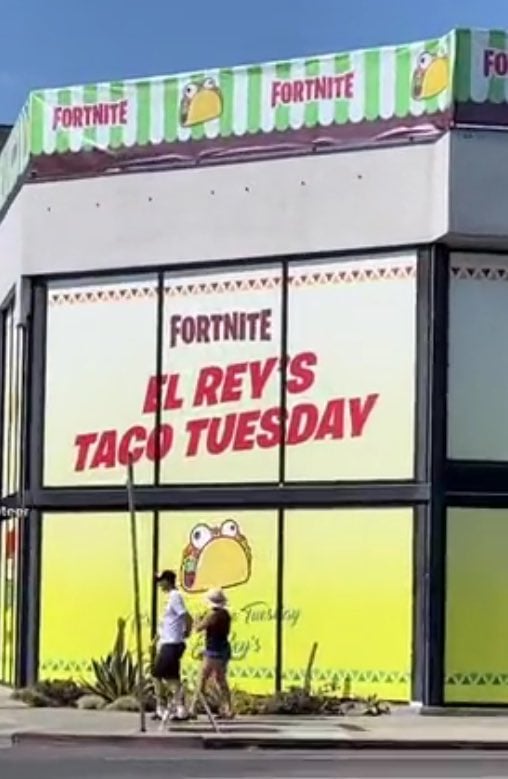 Initially, it seemed to be a restaurant, but according to yet unconfirmed information, it is more about a shop.

Apparently it will be a store with physical Fortnite items. As for food, the case is yet to be confirmed. 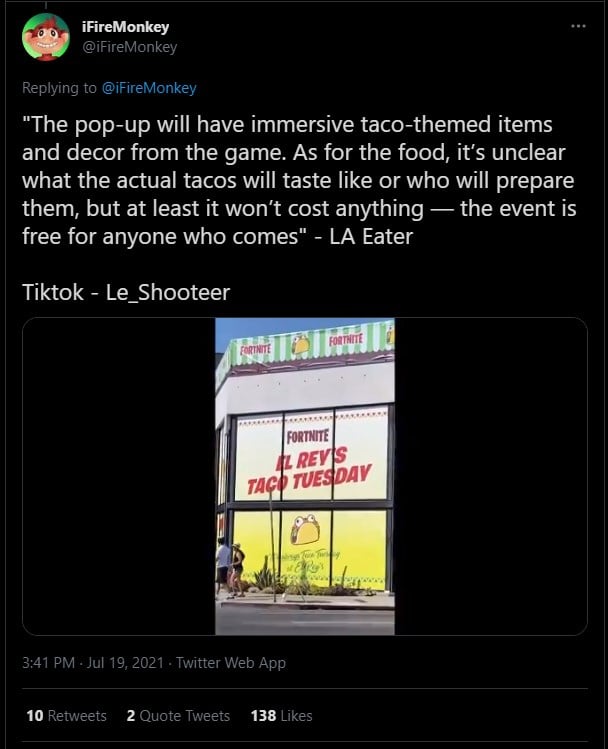 Apparently it has something to do with LeBron James and the ongoing cooperation, but it’s hard to find any connection on the recordings.

It is definitely something unusual, even for Epic and Fortnite. In the past, the game made its way into the real world many times.