Until now, it was only speculation, now there is already confirmation of the upcoming cooperation.

While in the past people wrote that they would not play a production that Fortnite promotes, it is difficult to imagine a situation in which a potential buyer resigns from Ferrari because it has partnered with Epic.

And such cooperation will take place. It is not known yet when or how, but on the official profiles, there is something that is the final confirmation of cooperation in the coming weeks.

Let us also recall where these leaks came from. Leakers figured out that the promotional artwork could indicate an upcoming collaboration. Of course, hardly anyone believed it at all. 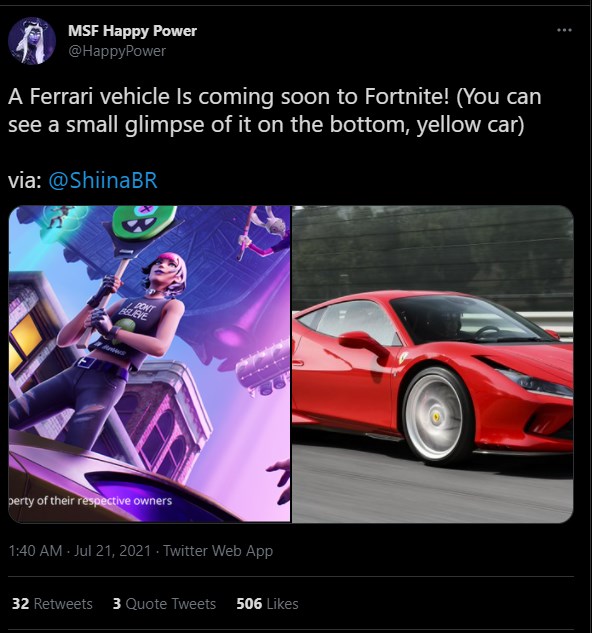 Until now. A few minutes ago, this photo appeared on the official Epic profiles: hardly anyone believed it at all. 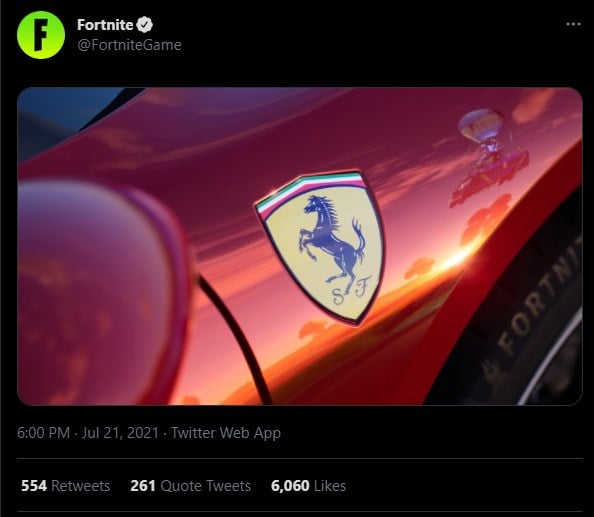 If the official Ferrari profile is right, then it won’t be long. Here we read, the Ferrari 296 GTB will arrive in Fortnite tomorrow: 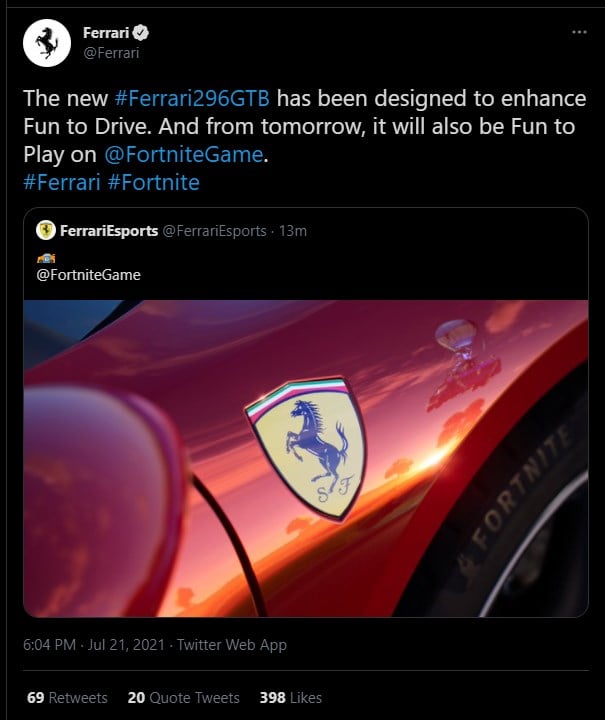