Fortnite players clearly express their dissatisfaction with one of the most important and most popular modes in the game.

Choosing what Fortnite players are most complaining about today is not that difficult. Everyone clearly wants to restore the old “Team Rumble”. The mode has changed so much that many people stop playing it completely.

And it was crucial for, among other things, copmpleting the challenges. Now it has become nearly impossible, all because of the changes made to the storm.

READ MORE
How to get a “free” skin with its backpack in Fortnite? Everything you need to know about the PS package

Team Rumble has been destroyed?

It’s no secret that this mode was mainly used to do challenges, but there is a chance that Epic wanted to counteract it. All because people were leaving after they completed the challenges.

Now it won’t be that easy. The storm forms right away, and the zone shrinks right after jumping out. This means that all missions for specific locations are eliminated. Players start with three weapons and are thrown into the action right away. 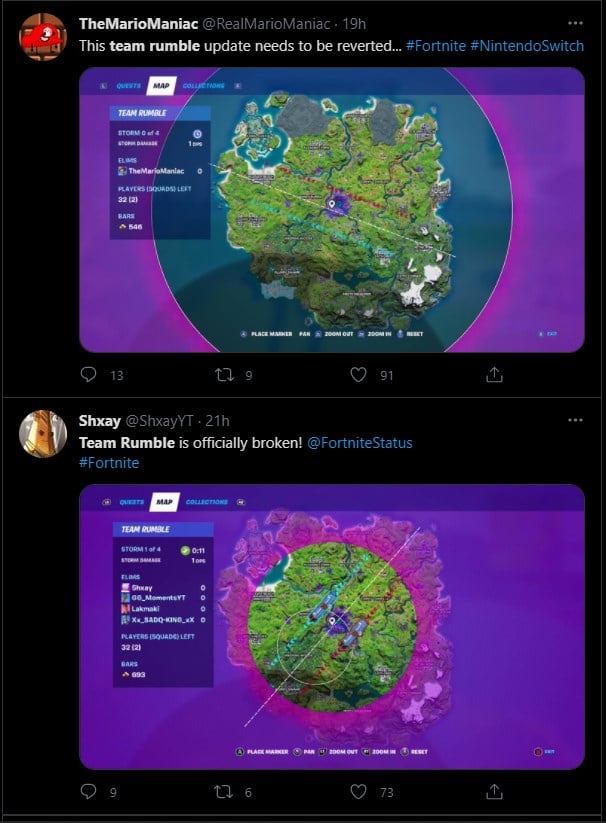 On Facebook, Reddit, Twitter, and Youtube, you can see complaints about not making changes. However, it’s hard to say whether Epic will respond and change anything in any way. If the goal was to get rid of those doing the challenges, they’ve done it.