Leakers confirm that Fortnite players are in for a big change. It is strictly related to the game engine.

Epic has announced that Fortnite will receive a new engine in 2021. We now know that the change in the “heart” of the game will take place with the start of Season 8. What is to be expected? It will be easier for developers, first of all, players should not expect huge news.

Of course, some elements may change, but the community may experience the biggest changes in two aspects. The first is a possible increase in the size of Fortnite itself. The second is the requirements that may or may go up. 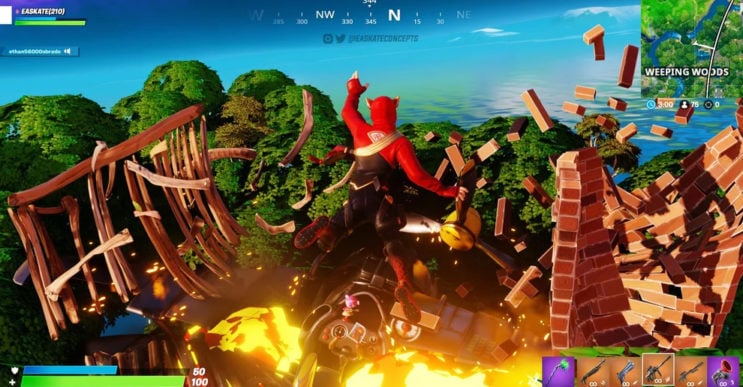 Epic’s plans have been delayed a bit. Let us remind you that a year ago the developers were convinced that the whole process of transferring the game to the new engine should take place in the middle of the year:

It did not work out too well, since we will have to wait several dozen more days. In any case, expect Fortnite’s requirements to jump up a bit again. Same with the size of the updates and the game itself. 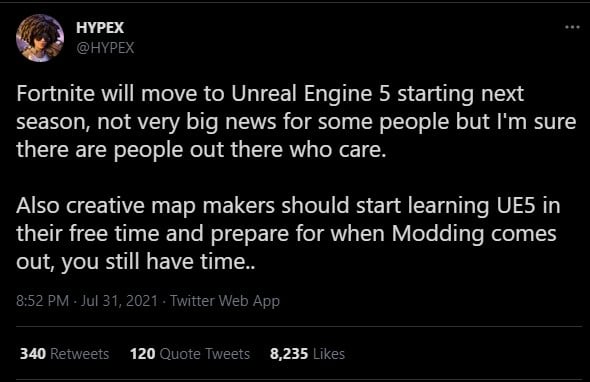 So far, there is no official information on graphics changes, mechanics of building, destruction etc. Everything is based only on unconfirmed leaks. Theoretically, something may change, but there is no point in being particularly focused on it.