A new season has come to Fortnite. When entering the game it is difficult to know that we are actually talking about Epic Games production.

There was actually no live event this season, but the amount of news seems to make up for that. As predicted, the main role, of course, is played by the UFO. You can get in and drive it, kidnap players or get items.

If you’re wondering if a lot has changed, then yes. So much that the changes will probably be loud for a good few days.

READ MORE
How do runaway llamas work and look like? Fortnite Season 7 Epic actually brought them to life

UFOs are one thing, and the great mother ship is another. The map itself has changed, but so has what is above it. It is a huge spaceship that is likely to play a major or minor role in the future.

The way the Battle Pass is displayed has changed. Now players earn stars for which they unlock items, not necessarily in order. 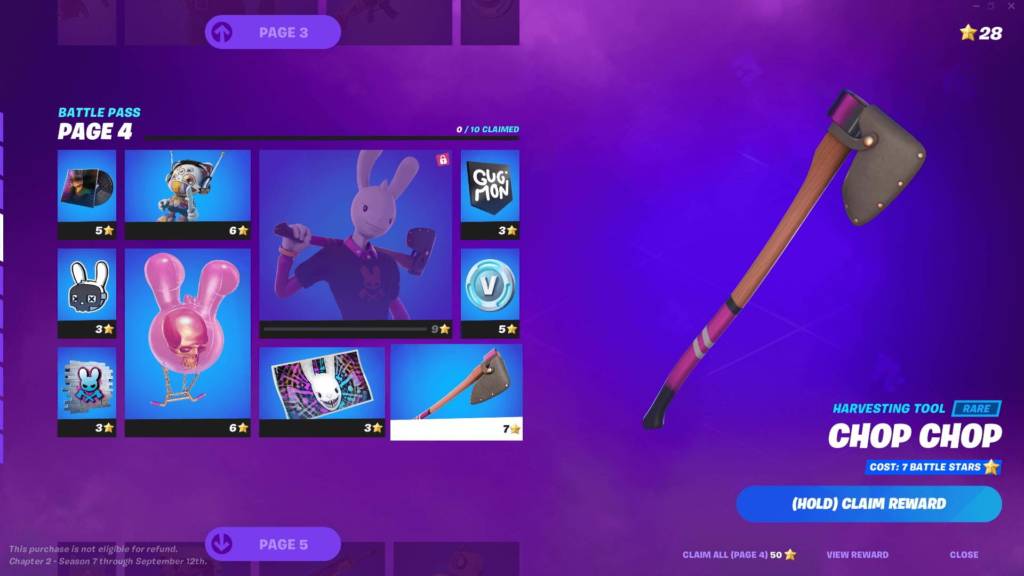 “With the new Battle Pass, cosmetics are no longer tied to reaching specific season levels. Instead you’ll earn Battle Stars when you level up, and can exchange them to claim Battle Pass rewards in the order you decide.”

We have standard challenges, and there are also less conventional ones. Some of them are still hidden. 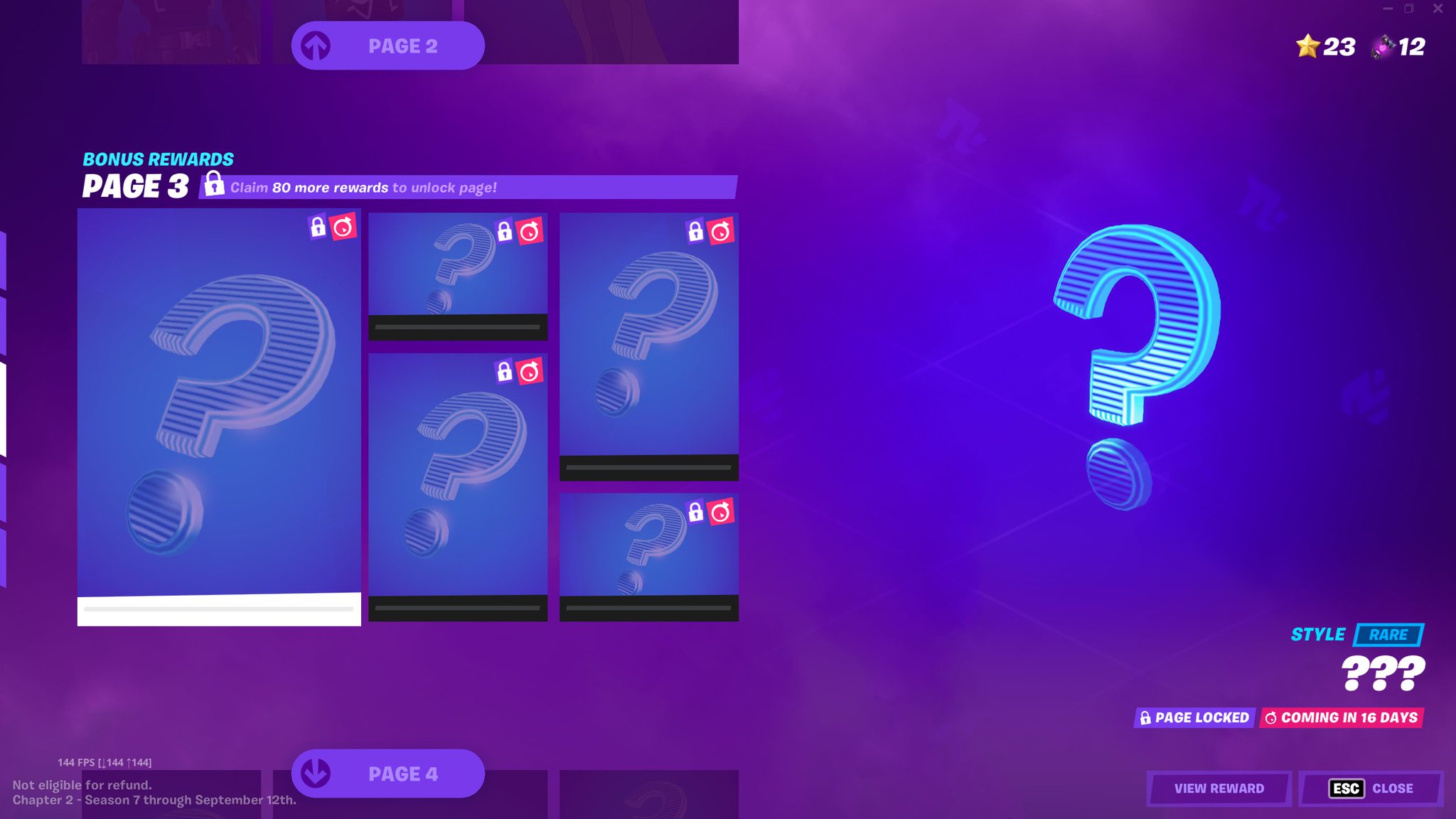 Of course, the pool of available items has changed. Many of them have been withdrawn, others have been introduced. Here it is worth focusing specifically on weapons. In the game we will no longer find:

From the treasury returned:

Epic has even prepared special descriptions for specific guns. 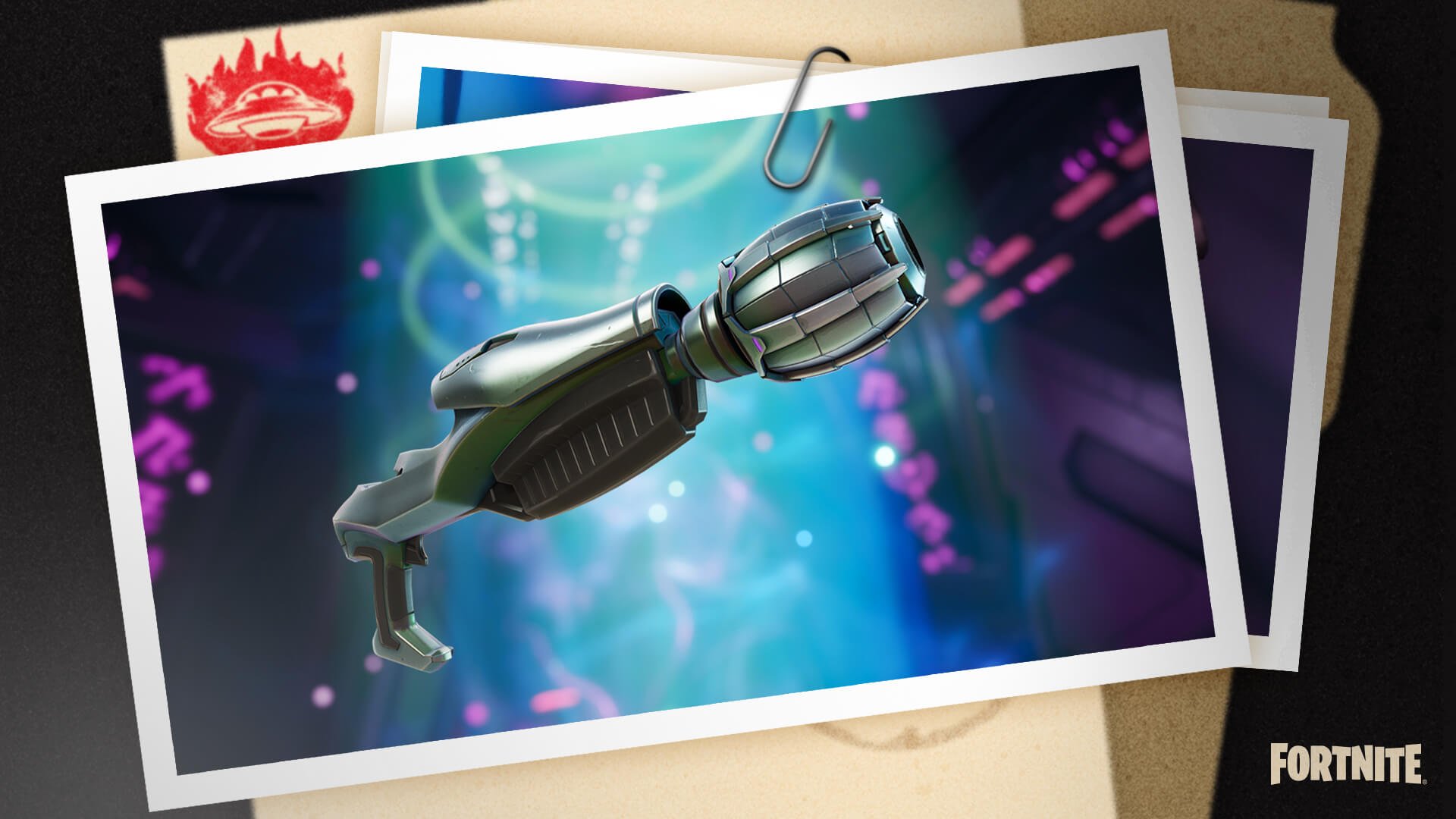 This Alien invention fires a continuous beam that you only interrupt for recharging. We’re not sure who “Kymera” is.

We tested this weapon, and it has a lot of power… but not against structures. If the alien invasion succeeds, at least we know where to hide. 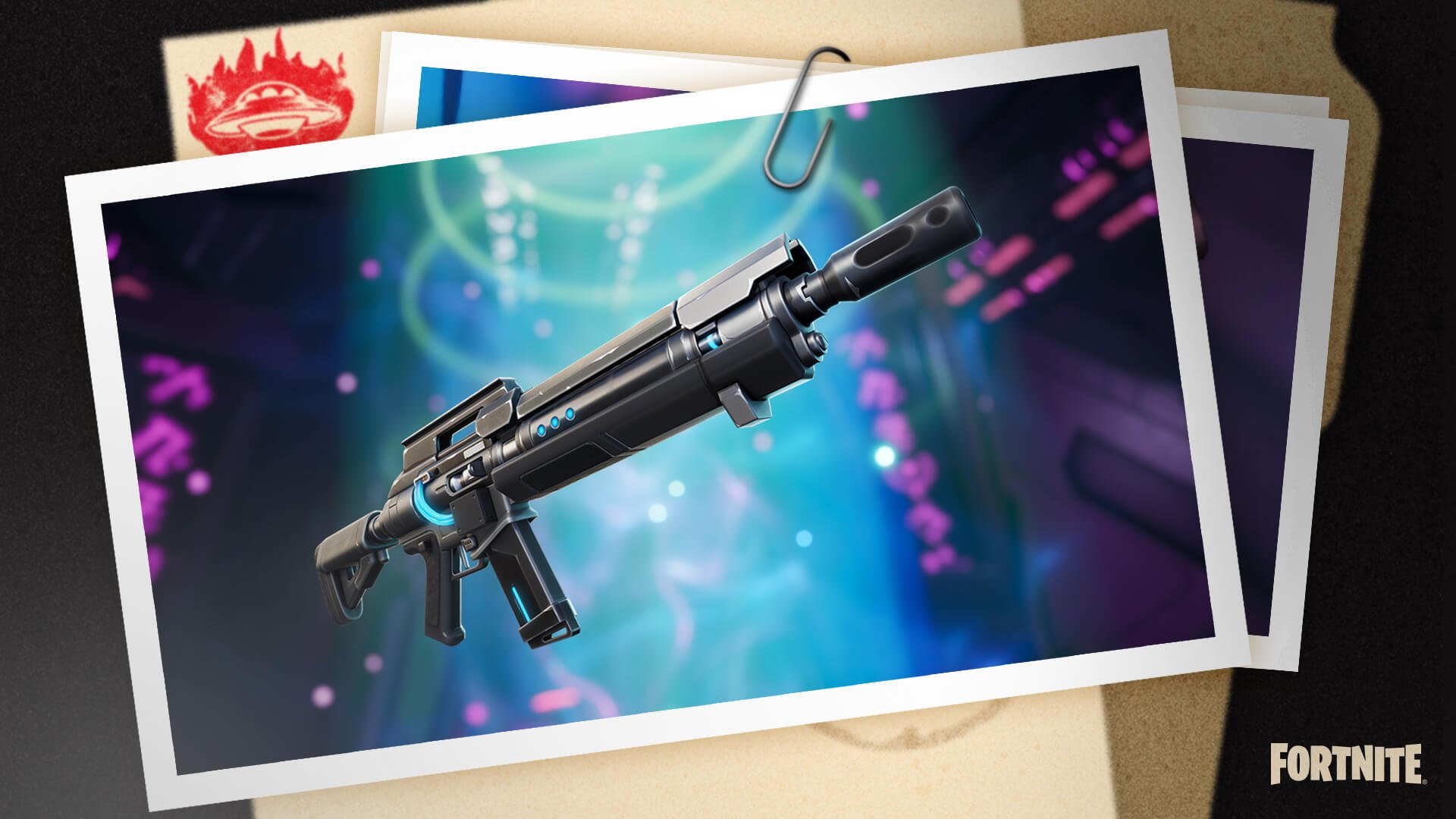 It is an invention of UR, the self-proclaimed defenders of the island. UR boasts of the weapon’s effectiveness both with and without the scope. They claim that the most important advantage of this weapon is its reliability.

Dr. Slone has a special, powerful version of the Pulse Rifle reserved for him – if you want to take it over, get ready for a confrontation. 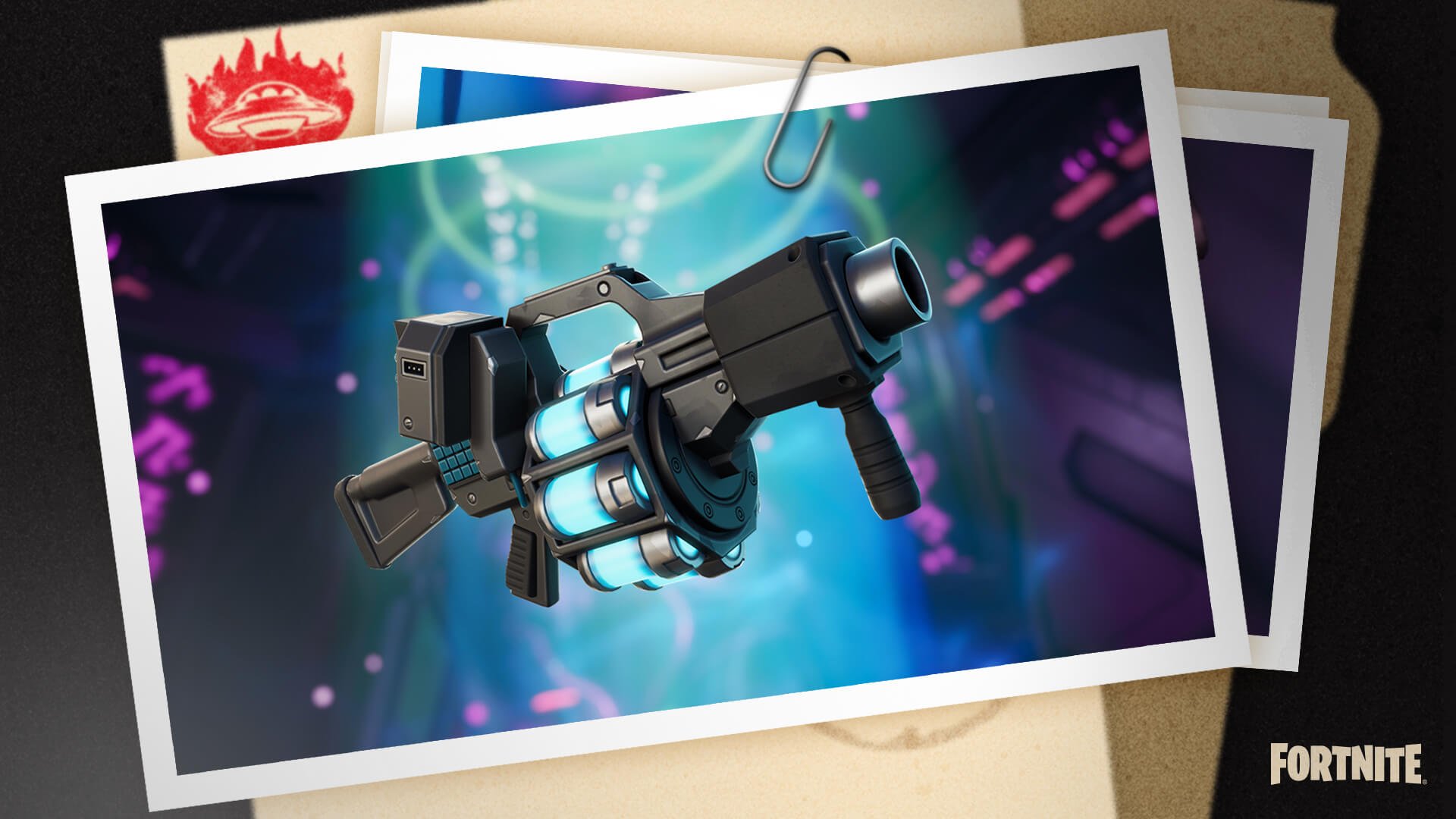 Another UR invention. Scan the area from a safe distance by firing scout missiles that mark all enemies (and chests) within range. You may have a limited number of missiles at a time, but you don’t have to bother looking for them: the reconnaissance scanner renews them automatically. 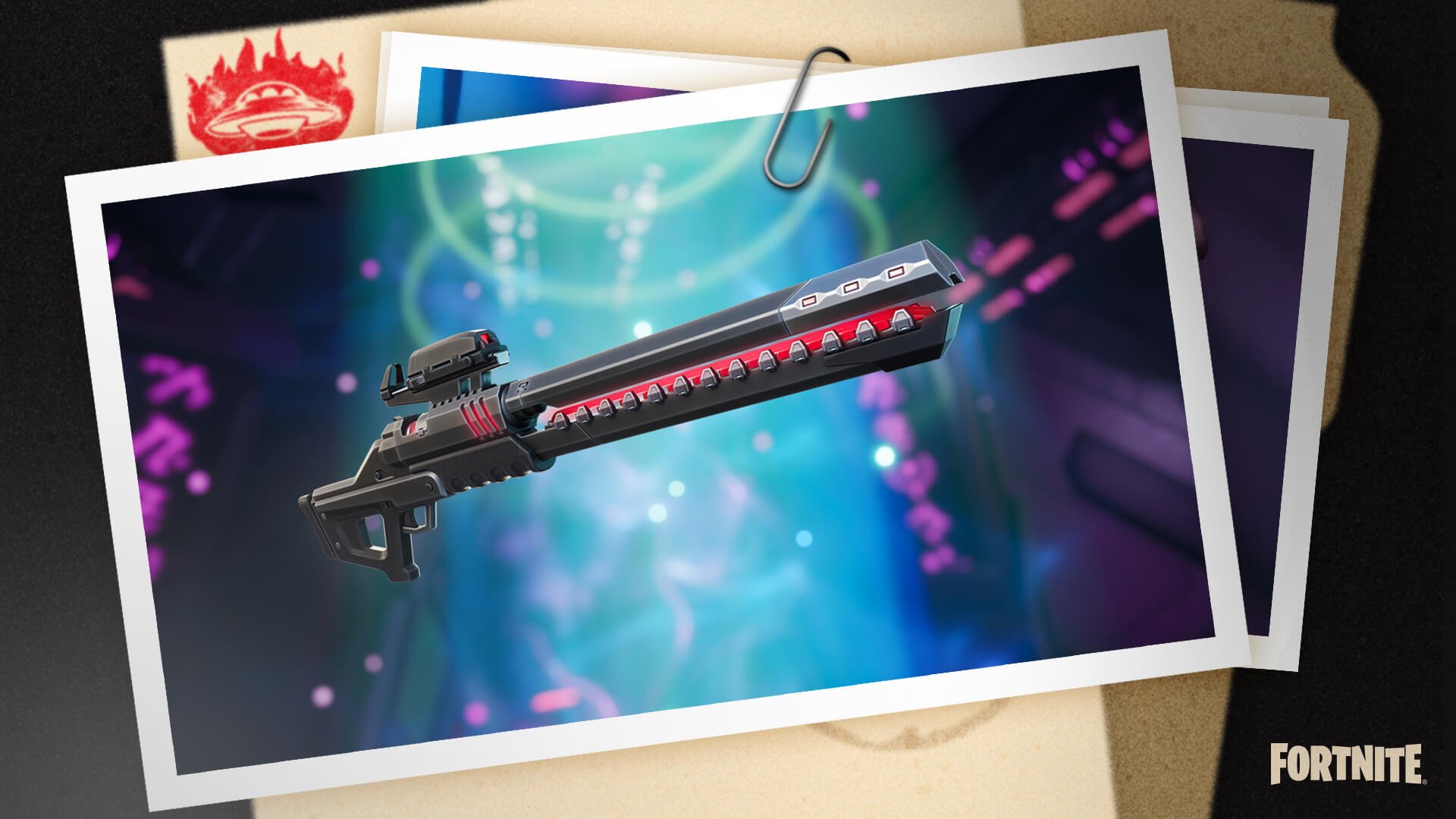 You might guess that the magnetic rifle does not come from our world. However, it was in fact created by UR. This sniper rifle can shoot through surfaces, but this breakthrough technology has the downside of a visible targeting beam.

Of course, the crafting system still applies. With the arrival of the UFO, a whole host of bolts and rivets appeared that completely changed the crafting of items on the island. Familiar weapons from the island’s past can be crafted with these new ingredients. Combine bolts and rivets with any assault rifle to create a short burst version, with any submachine gun for a rapid-fire SMG, or with any shotgun for a lever-action shotgun.

These self-made weapons do not have in-game versions, so collect all the bolts and rivets on your way. It appears that screws and rivets have replaced mechanical parts and animal bones, which would explain why we no longer see makeshift weapons.

The llamas can now run away from you.

Machines appeared on the map. 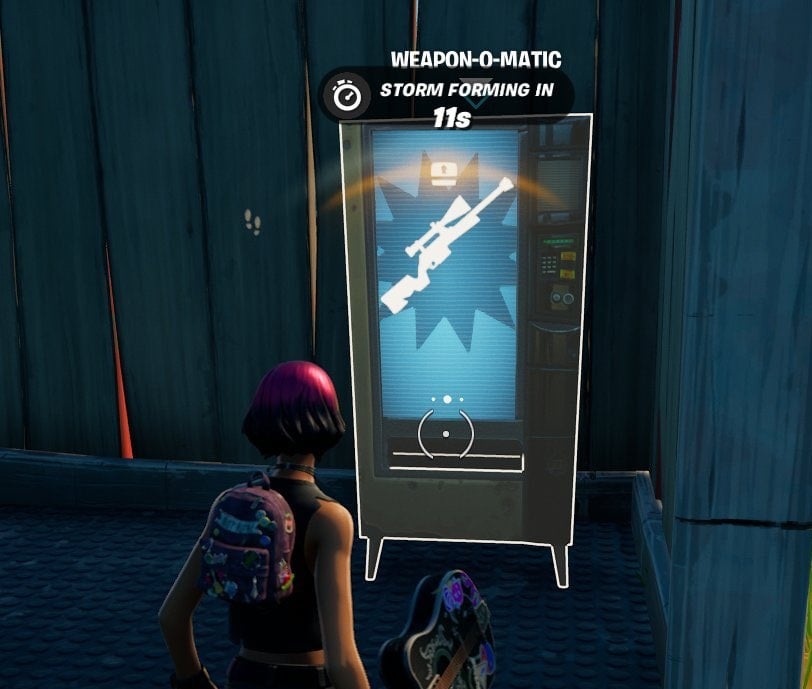 In turn, from telephone booths, you can accept orders for the completion of which you will earn gold bars. 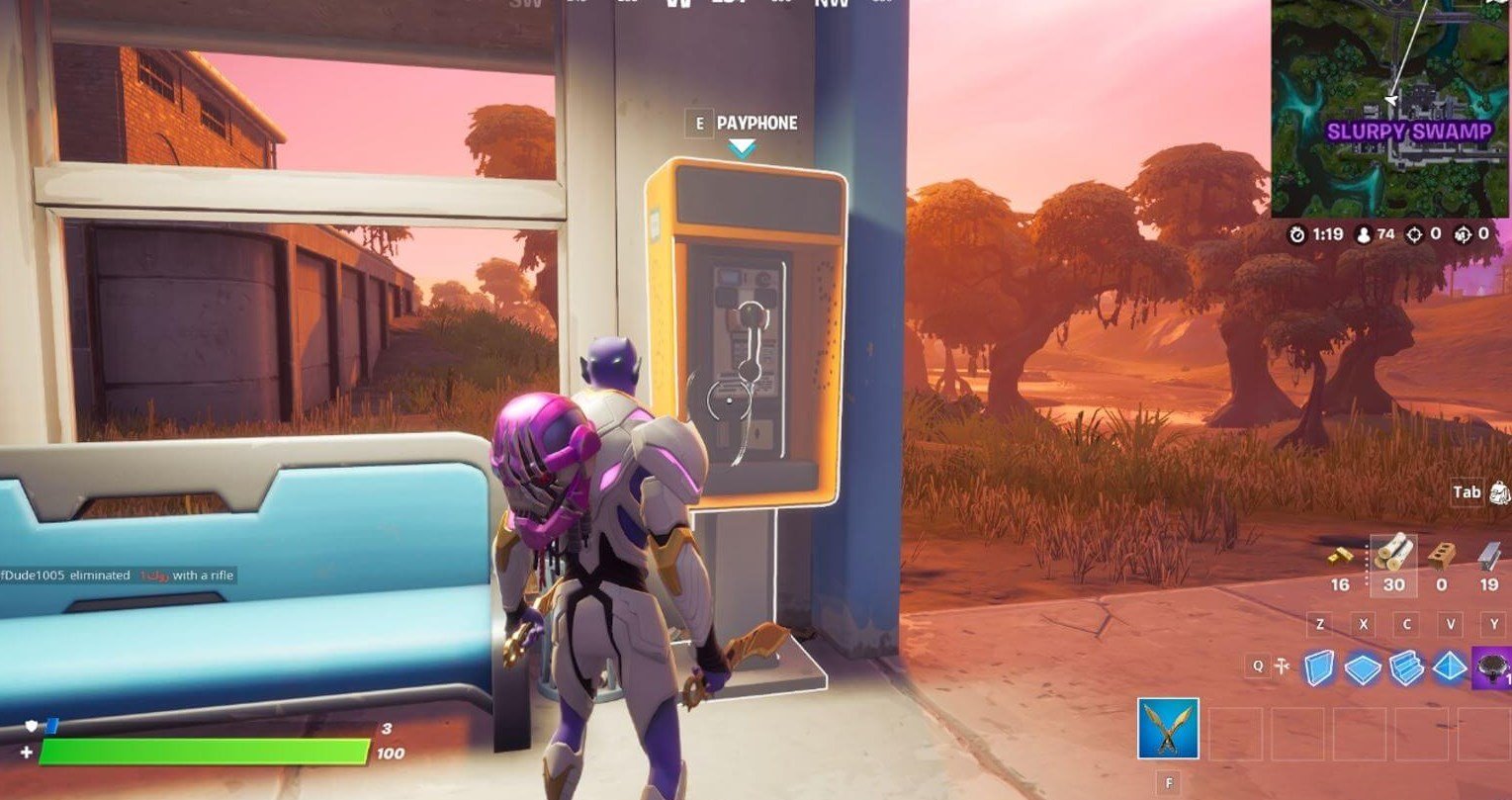 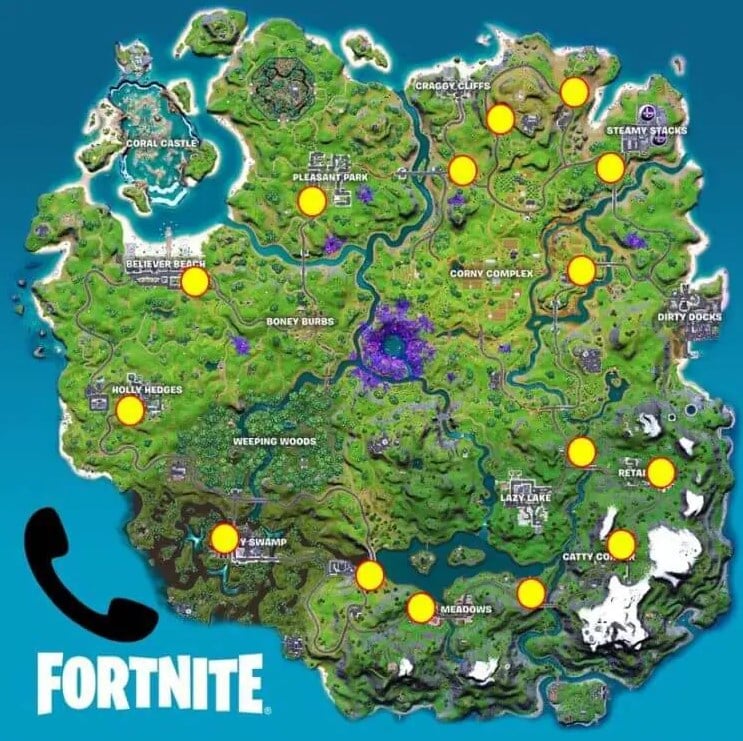 There are also new chests in the game. They can only be opened when the entire squad is nearby.

Have you ever wanted to pay the driver to transport you? Now there is an option: 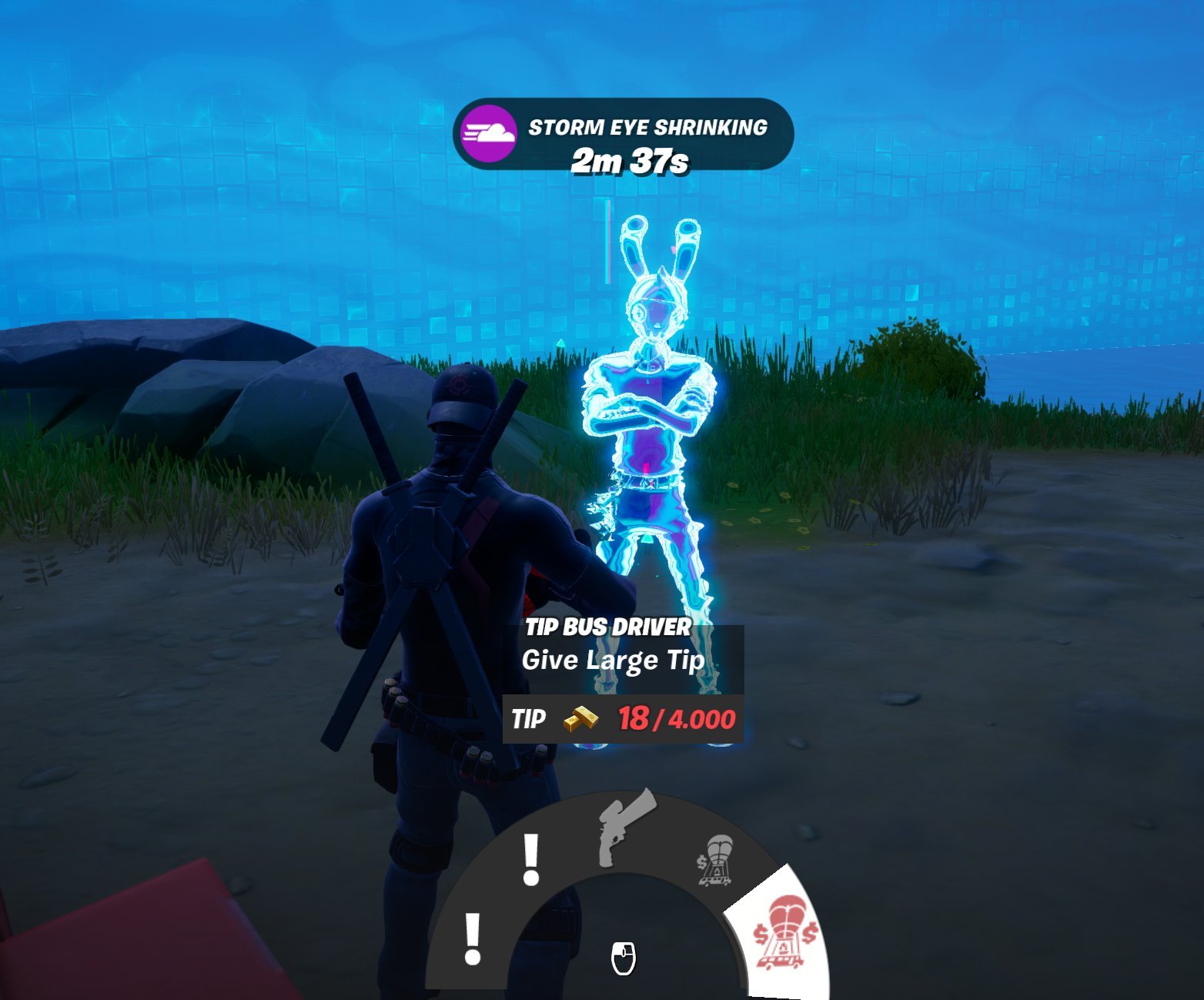 Epic has given up on adding more animals (at least for now), but still continues the theme of enemies and NPCs. 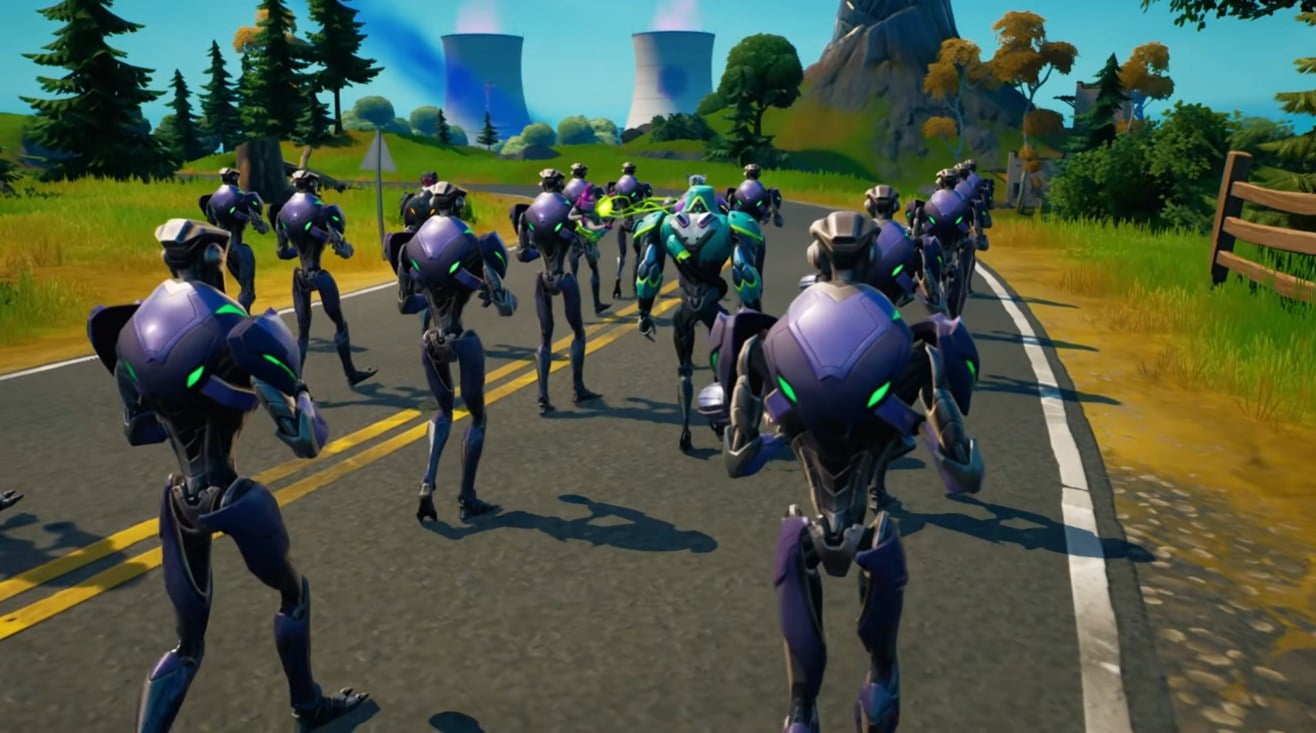 There are really a lot of changes. Some are bigger, some are smaller. Getting to know all the secrets of the island will take a few days.