Pokimane already got her Emote in Fortnite. So it’s time for her skins?

Pokimane is a really popular streamer who has been playing Fortnite for a long time. In total, it has amassed over 7 million Twitch followers and 6 million YouTube subscribers. That’s why Epic decided to release her own emote a year ago.

Now comes the topic of her own skin. It is known that Poki has a huge chance for a skin, although Epic has never confirmed anything on this topic. Now the streamer tries to get into developers minds. How exactly?

The skin concept that Pokimane responded to

There were a lot of concepts with Poki. Some are better, some are worse, but recently “DenniConcepts” – one of the best graphic designers creating content around Epic Games production, started to present this. 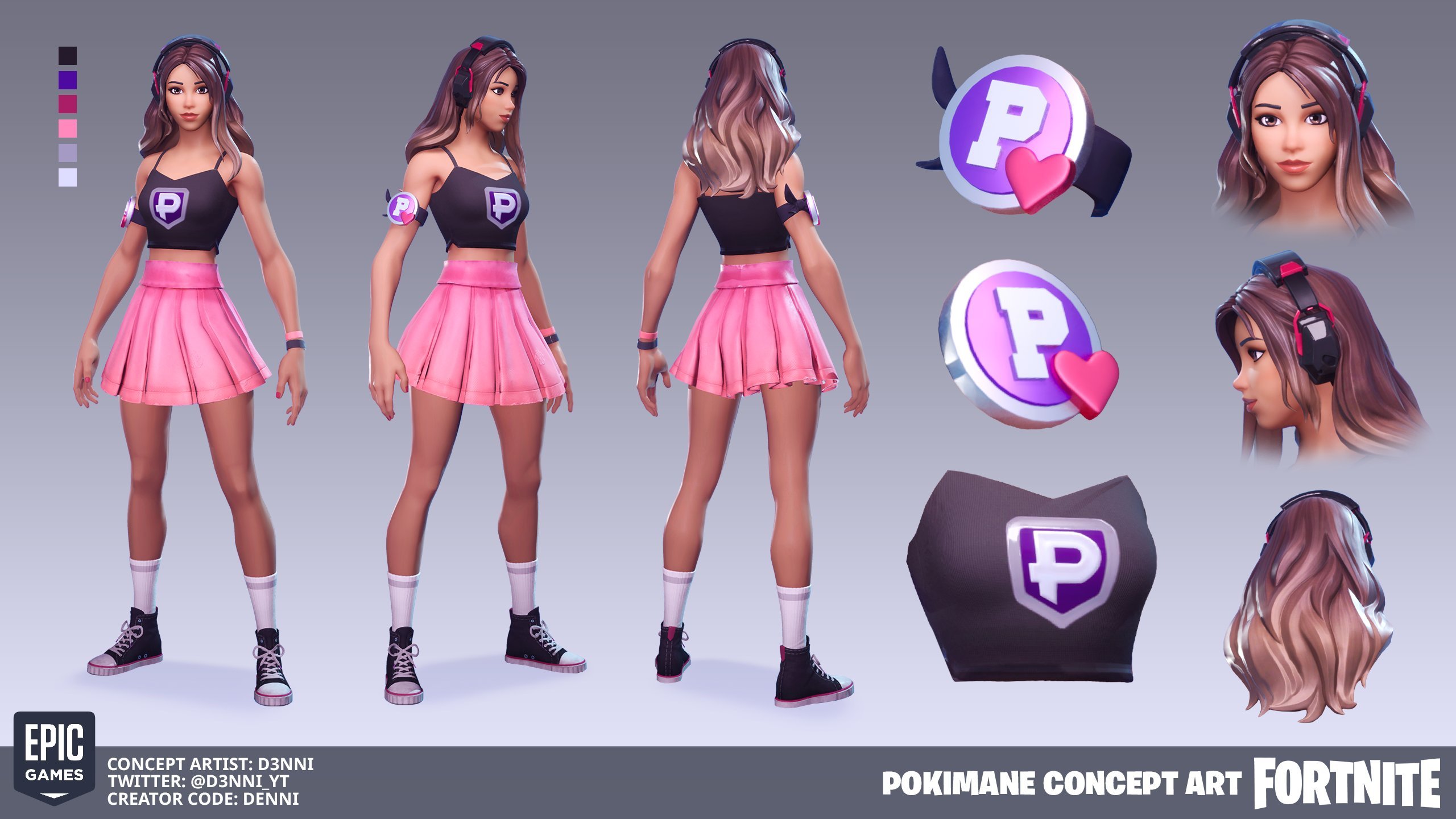 The concept itself was very well received by the community. Many people directly wrote that it is perfect and it lacks nothing. In the post with it, Pokimane also replied. 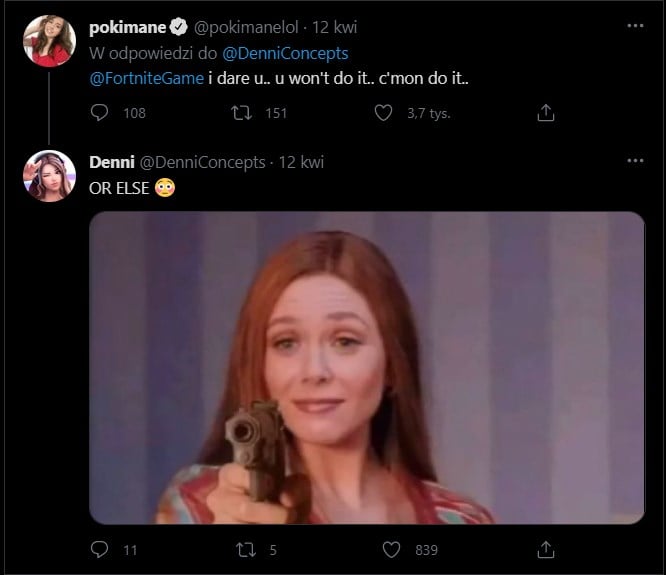 Epic hasn’t responded at this point, but there’s a good chance it’s some kind of hidden announcement or a small, very delicate teaser. Poki also doesn’t need to know if her skin is comming, it might just be a surprise.

So far, nothing has been denied or confirmed on this topic. This is just a theory and speculation that may not necessarily come true.