Epic has officially confirmed that Thanos will appear in the store soon. This is quite surprising, because the skin will be introduced three years after the debut of the Thanos mode.

By default, if we’re talking about a free skin, it’s also about the upcoming tournament. This time it is the “Thanos Cup” – this one will take place on June 21st. If your skills are above average, you have a good chance of winning Thanos.

Of course, it will not be easy, because only the best three teams from a given region will receive skins. There is also some good news though, anyone who scores 8 points will get special sprays.

“Find a pair mate and play together in up to 10 matches in 3 hours to earn as many points as possible.”

READ MORE
This is a true Fortnite loop. For a year now they have been playing Chapter 2 season 3 through the battle between Epic and Apple

Thanos in the store

“The top three teams from each region will earn a Thanos outfit and a backpack inspired by Marvel Studios’ Avengers: Endgame. Anyone earning 8 points will get the “Thanos is watching!” graffiti.”

You can try as best you can, but most will have to be content with graffiti alone. His appearance is already known (bottom left): 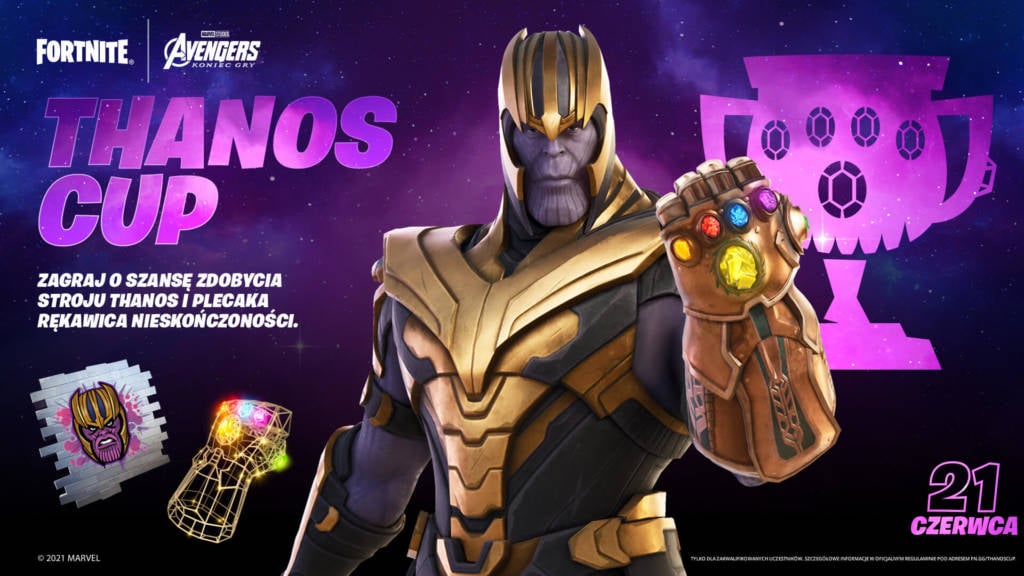 It is worth remembering that participation in the tournament is available to people with an account level of 30 and enabled two-factor authentication.