We finally know what Epic was really up to with today’s update.

A few hours ago, a new update was introduced to Fortnite that “improved stability” and fixed bugs with replays. It is now known that this was a preparation for major balance changes.

A dozen or so minutes ago, changes to many different weapons were introduced to the game. These are all reinforcements. As we read, The power of many items, including submachine guns, bows, and the Recycler, has increased. There are also more crafting parts and fewer makeshift weapons in the game.

READ MORE
How does Pokimane try to trick Epic to get a Fortnite skin? Is this a skin teaser? 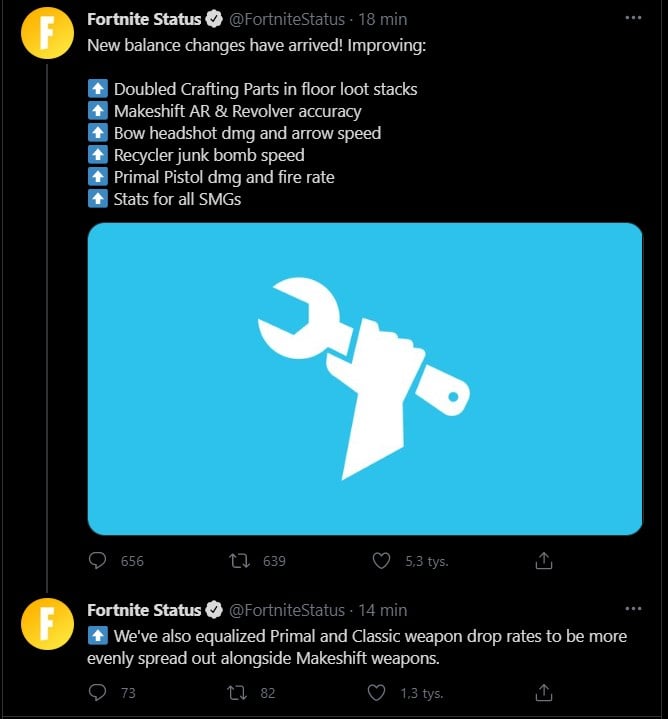 When it comes to specific statistics, Epic does not provide them, but what are leakers for. They could sense all the percentage changes almost immediately. 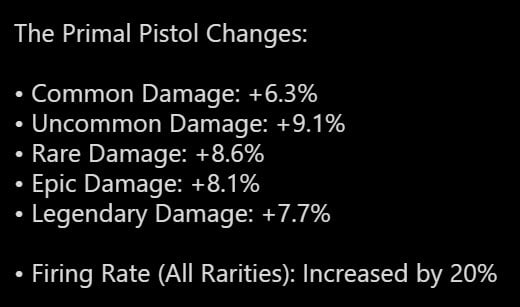 Will you feel the changes directly in the game? Of course. They are large enough to take their tolls.