After a dozen or so hours, we already know more about the 9 skins that players got for free.

Yes, we can now confirm that Epic has given away some free skins, but this is more complicated than you might think. First, the skins were not given to random people who “spammed” on Twitter.

Epic has given out these skins to LGBT supporters who are also studio partners. Partners in the meaning of more than just the code. 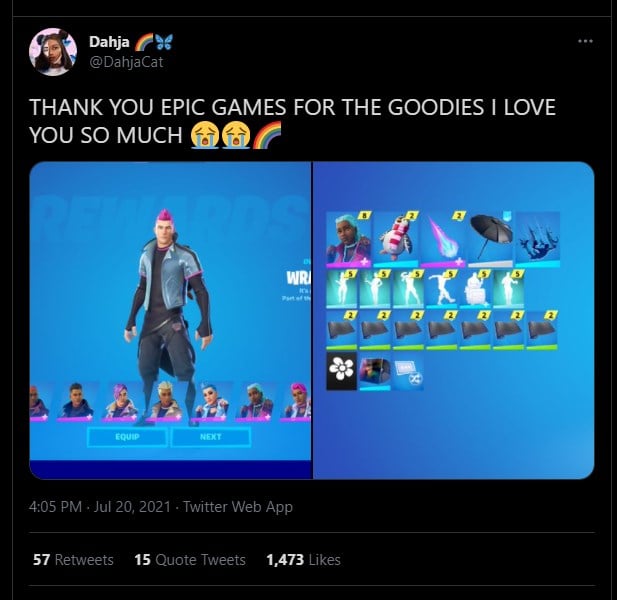 READ MORE
Are you missing planes in Fortnite? Epic is already working on a replacement, i.e. flying…

So what is it all about?

Epic has contacted the creators of its own accord and has awarded a code to claim these items for free. So it is a total of 9 skins that will be available in the store in a moment. For some unexplained reason, players felt that if they started asking for codes, they would get them. Further, despite the passage of several hours, you can find such entries on Twitter: 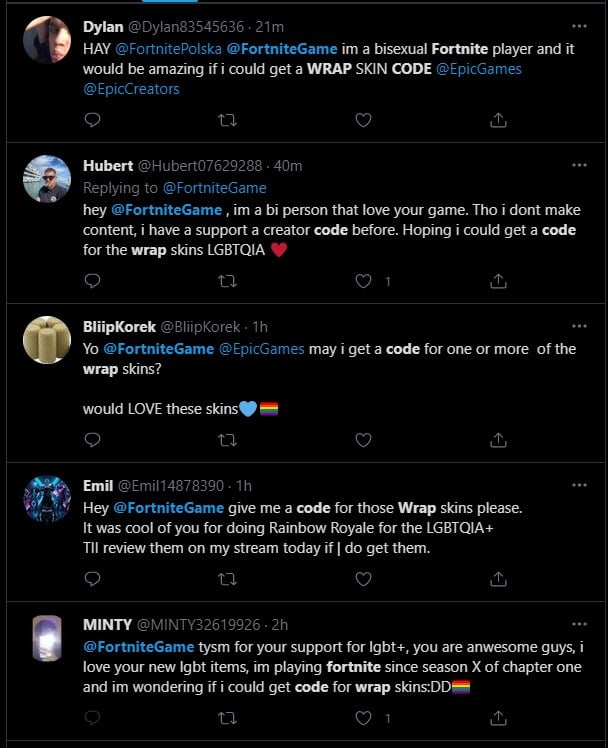 This action unfolded by itself, or at least we didn’t get to the entry that somehow started it all. Just one person confirmed that they got the skins (they just thanked them) and suddenly several hundred accounts were asking for skins.

So do you have a chance to get these skins for free? No cheating, “ordinary” people have nothing to count on. This action was about Epic’s partners, additionally those “better” who, apart from V-Bucks at the beginning of the seasons, also have access to skins before their premiere.